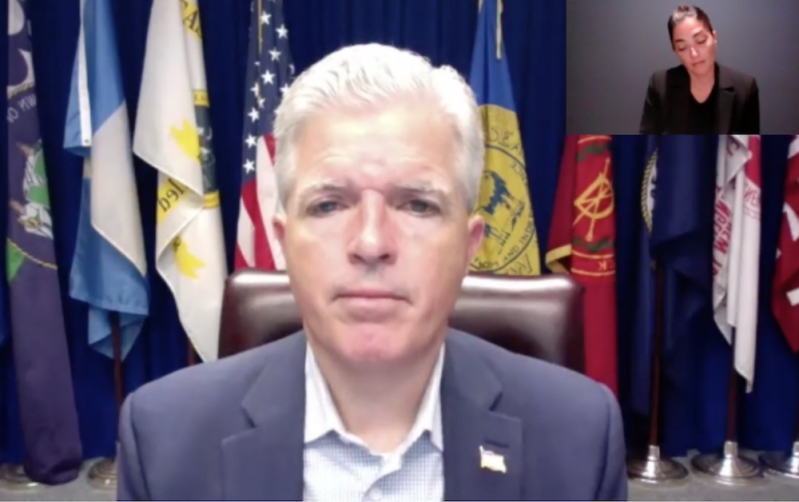 "Dumb," "a slap in the face," and "unacceptable" are how Suffolk County Executive Steve Bellone characterized reports of revelers flouting public health protocols over the Fourth of July weekend.

With Long Island scheduled to enter the last of a four-phase reopening on Wednesday and with a sustained flattening of the coronavirus curve, Mr. Bellone said that the county would respond to young adults "seemingly going out of their way to violate those rules" in places including Montauk and Fire Island with enhanced police patrols "above and beyond what were already enhanced patrols" and, if deemed necessary, law enforcement stationed at fixed posts.

A statement issued by East Hampton Town on Sunday said that police had observed numerous violations of Covid-19 regulations -- ignoring rules about social distancing and wearing of a face covering when that is not possible -- at three Montauk nightspots. Large gatherings where public-health protocols were ignored were also reported on Fire Island over the holiday weekend.

"Business owners not enforcing requirements, there will be consequences for them," Mr. Bellone said in reference to the Montauk nightspots. "These kinds of mass gatherings, where there is a complete flouting of the health guidance to keep a distance or to wear a face covering where you can't, is not acceptable."

"Because of everything we've been through and how far we have come, that is why the images we saw . . . were so disturbing," Mr. Bellone said in reference to Fire Island. Such behavior is "a slap in the face to all the people who have sacrificed" -- chiefly, medical and emergency personnel, some of whom have themselves been sickened and even died from Covid-19 -- "to get us to this point. I want to make it very clear: What we saw out there is unacceptable," he said, invoking Gov. Andrew M. Cuomo's executive orders that were "designed to keep us safe and to allow us to make additional progress in reopening our economy and move forward in recovering from this incredible, unprecedented global pandemic we have experienced here in Suffolk County and on Long Island."

Despite this, statistics on Covid-19 in the county are "great," Mr. Bellone said, "a sea change from where we were." In five of the previous seven days no deaths were reported from Covid-19, he said, whereas at the pandemic's peak the county recorded 64 deaths in a single day. On Monday, he reported one death in the previous 24 hours.

The infection rate in the same span was 1.1 percent, he said, based on 43 positive tests among 3,812 people tested. A total of 41,685 people have now tested positive in the county.

Entering phase four of the reopening plan is "a reflection of the incredible progress that we have made over these last several months," Mr. Bellone said. "We have really been through hell here."