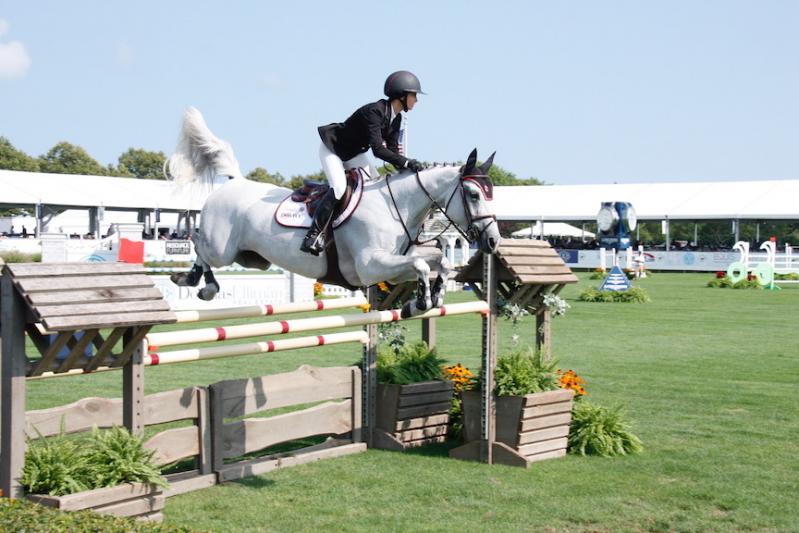 Georgina Bloomberg competed in the Hampton Classic in 2018.
Durell Godfrey
By Christine Sampson

The Hampton Classic Horse Show would have marked its 45th anniversary this summer, but on Friday the show's organizers announced its cancellation because of safety precautions amid the Covid-19 pandemic.

"It is difficult to express how disappointing this is for everyone," Shanette Cohen, the executive director of the Classic, said in a statement. "However, given the current situation and the uncertainty that lies ahead, our board reached the conclusion that there really is no other option."

The Hampton Classic hosts more than 200 competitive events over that two-week time frame, allowing horses and riders from near and far, of all ages and ability levels, including those with disabilities, to compete in what has been called "one of the world's most prestigious equestrian events."

New Dog Agility Park, Community Garden Sale in Montauk
HarborFest Is Canceled
Few Fireworks on South Fork This Year
Easing Stress on the Environment, One Flush at a Time
END_OF_DOCUMENT_TOKEN_TO_BE_REPLACED