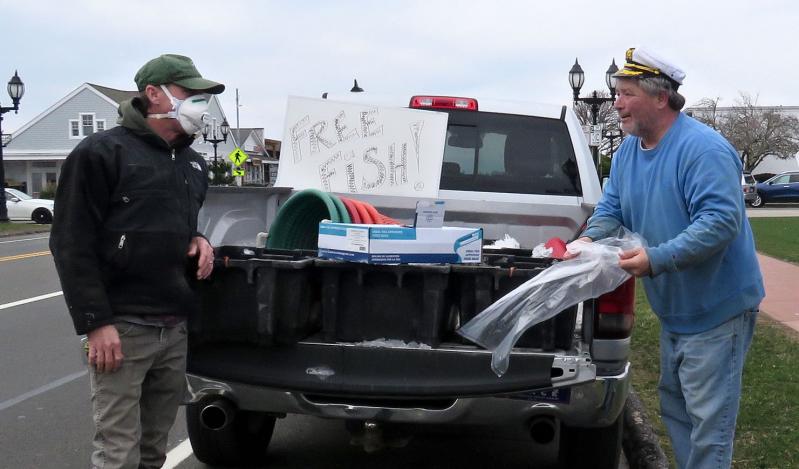 On the very same days in March that Covid made itself known as the virus that was here to stay, Capt. Chuck Morici and his mate, James Foley, were on a three-day fishing trip out of Montauk on Captain Morici's dragger, Act I.

When the Act I came back within communication range, the two fishermen were greeted with the news that most restaurants were closed, foreign markets had stopped all imports, people had cleared grocery store shelves, and "everyone's out of toilet paper," Captain Morici recalled.

"We heard the I.G.A. was running out of food and we knew we had a boatful of food," said Captain Morici, and much less of a commercial market for it. After getting over their initial surprise, Captain Morici and his mate got to work.

It took the two fishermen three days to fillet it all, but they gave out 700 pounds of sushi-grade fluke for free, passing it on to Company 6 fire police at the Montauk Fire Department for delivery to the elderly. And then they did it again, twice. Over the next few weeks, the fishermen distributed their next two hauls from the back of a truck parked beside Montauk's downtown green. Porgy and more fluke were distributed to anyone who needed it, proving that the fishing vessel Act I had definitely more than one act of kindness in it.