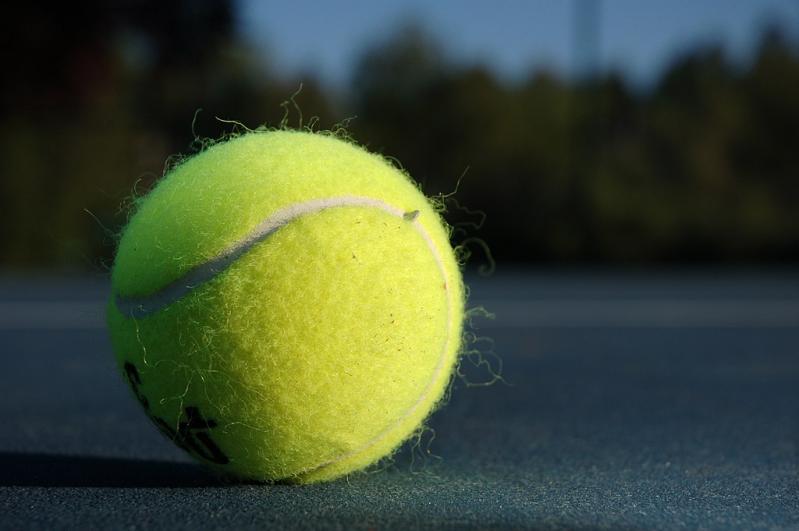 Tennis clubs here can reopen on Friday, having been given the go-ahead for singles play by Gov. Andrew M. Cuomo on Monday.

The decision was somewhat surprising inasmuch as tennis had, until this week, been relegated to the last phase of New York State's reopening.

"To say I'm happy would be an overstatement -- it's been a very rough couple of months -- but at least now there's a sliver of light," said Claude Okin, who owns the Sportime club in Amagansett and numerous other tennis clubs in the metro area.

Okin, who was to have sent out an email to the club's members with all of the new rules later on Monday, was particularly disappointed to hear that doubles was, for the moment at least, verboten.

He thought in this regard that the governor had misread the United States Tennis Association's guidelines, which, on the subject of doubles, say that if it were to be played, all incidental contact should be avoided. "No Bryan brothers chest bumps and no whispering to each other from a close distance to strategize."

Prohibiting doubles "was a big mistake," Okin said. "The U.S.T.A. guidelines say you should consider not playing doubles, but that if you do, no high-fives, chest bumps, or hugging your opponent. Many of our members are seniors who can't cover the singles court well anymore. I'm getting there myself. Doubles can be played safely. It's a shame, but, per the governor's order, it's singles only."

Okin has maintained all along that tennis can be played safely, that it is as safe as running when it comes to social distancing, and safer than golf, which has been played throughout the state pretty much steadily during the two-month Covid-19 shutdown.

All of Sportime's buildings will remain closed, Okin said, adding that "for the first time in our history, we'll be taking court reservations, to reduce crowding. . . . It won't be wide open; management will be there."

The lengthy guidelines that have been on the U.S.T.A.'s website since April 20 recommend, among other things, that players consider wearing gloves, that they use two cans of new marked balls during each session, that balls not be picked up with bare hands, that players not change sides, that they avoid touching the face after handling a ball, racket, or other equipment, that they should not congregate before or after playing, that hands be washed and equipment sanitized before and after playing, and that players consider spraying balls briefly at the conclusion of play.

"Although there is no specific evidence that tennis balls can spread Covid-19," the guidelines say at one point, "we know that contamination by respiratory droplets from an infected person can potentially survive on hard surfaces up to three days."

Doug De Groot, an owner, with his wife, Kathryn, of the Buckskill Tennis Club on Buckskill Road in East Hampton, said Tuesday morning that they will open at 8 a.m. Friday with the U.S.T.A. guidelines that Buckskill plans to post in plain view.

"There will be a lot of sanitizer and gloves, and the clubhouse will be open so that players can go to the bathroom, but there will be no lounging," said De Groot. "The snack bar will be takeout only. . . . I think it's going to go well. A lot of people have been calling already."

The courts -- Buckskill has Har-Tru and grass courts, the only ones available to the public this side of the Tennis Hall of Fame in Newport, R.I. -- were "looking good," he said.