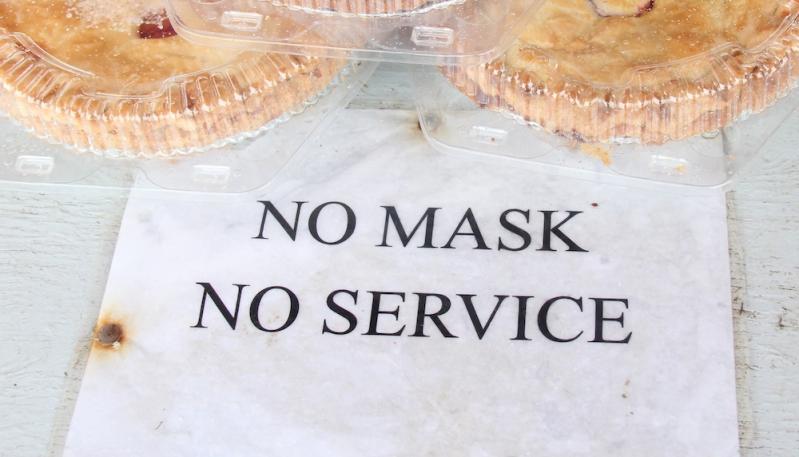 After detecting a spike in coronavirus infections in Suffolk County during the first week of October, when more than 100 new cases were reported in a single day for the first time since mid-July, the county reported far fewer new cases this week, but noted an increase in Covid-related hospitalizations.

The recent spike in new infections began on Oct. 1 with 104 people testing positive, and reached a peak on Oct. 6 with 109. Since last Thursday, when 89 new cases had been reported, the numbers have been much lower. On Monday and Tuesday, there were 62 and 69 new cases respectively.

The number of people hospitalized, however, has been creeping up by as many as five people per day since Oct. 6, rising to 38 on Sunday and 43 on Monday, according to the latest available data.

"A few months ago if you would have said we were in the 30s, I wouldn't have questioned that at all, that's a great number compared to where we have been," Suffolk County Executive Steve Bellone said at a press conference on Tuesday, referring to the number of Covid patients in county hospitals. In the spring, there had regularly been well over 1,000. The recent uptick in hospitalizations, he said, is "a trend we are going to continue to be watching very closely."

Hospitalizations have also increased statewide recently, according to Gov. Andrew M. Cuomo's office, rising from an October low of 618 patients on Oct. 3 to 923 on Monday.

On a more positive note, the infection rate in Suffolk County has been hovering around 1 percent. "That is a number that we have been holding relatively steady at for some time, which really is a reflection of the great work people have been doing here," said Mr. Bellone, who encouraged residents to continue to wear face coverings, maintain social distance, and to heed the state's prohibition against holding mass gatherings of more than 50 people.

To underscore the danger of ignoring those directives, he described the repercussions from a recent "super-spreader event," a sweet 16 party held indoors with 81 guests at the Miller Place Inn on the North Shore.

The county learned about the Sept. 25 party when the Health Department received reports of several infections in the Sachem School District, which has two high schools, three middle schools, and 10 elementary schools. Officials initiated a "comprehensive contact tracing investigation," Mr. Bellone said, and established that the infection of 37 students and 9 adults had been connected to the party. Over all, 334 people had been in contact with those at the party, 270 were placed under quarantine, and eight schools in the district reported positive cases. The inn received a $10,000 fine for violating the public health law, and the state's executive order against gatherings of more than 50 people, he said. "The Health Department took immediate action and was able to identify the positive cases, and quarantine their contacts to prevent any further spread of the virus," said Mr. Bellone. "The situation is under control, there is no community spread at this time."

The investigation also found that many people at the event had not been wearing face coverings or social distancing. "This cluster should serve as a stark reminder of the potential consequences of violating Covid-19 rules and regulations," Mr. Bellone said. "We're not out of the woods yet, and we need everyone to remain vigilant."