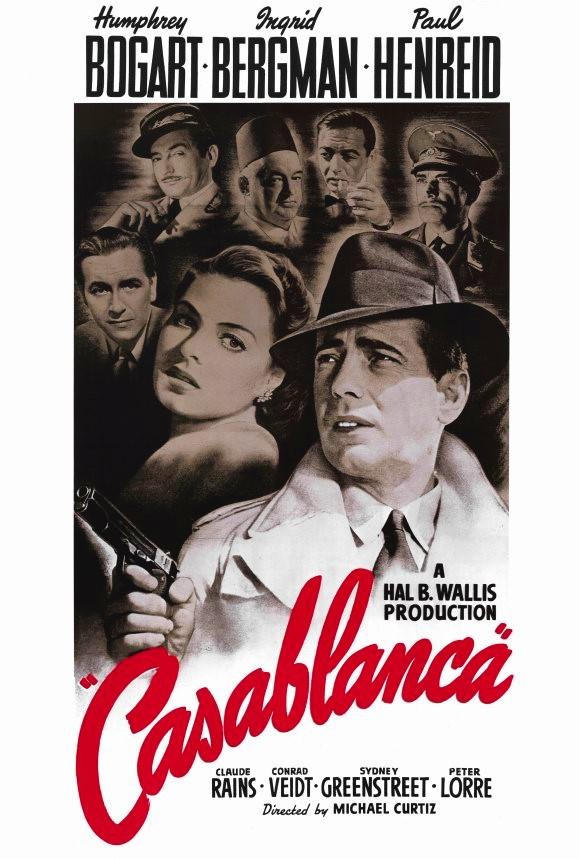 On June 4, The New York Times published an obit for Sophie Freud, a granddaughter of Sigmund. It described how she and her parents escaped the Nazis in 1938:

“Vienna was seething with virulent antisemitism by the mid-1930s,” but “only after his daughter, Anna, was detained and interrogated by the Gestapo was Dr. Freud persuaded to evacuate his family. He and his wife and Anna settled in London.” Sophie’s father, Martin, also “fled Vienna for London.”

As for Sophie and her mother, “an initial stop in Paris [which was occupied by the Germans on June 14, 1940] was followed by a 400-mile bicycle trip to the French Riviera, a cruise to Morocco, a flight to Portugal and finally a third-class crossing to the United States.”

This, in essence, was the escape route of many European Jews and Nazi resisters, and the one Victor Laszlo followed in the movie “Casablanca.”

When I was teaching 20th-century history at Long Island University, I used to show the movie to illustrate the American entry as a combatant in World War II. The film takes place just before Operation Torch — which was the first step U.S. troops took entering the European conflict via North Africa in November of 1942 — one of whose three prongs was the landing at Casablanca.

Casablanca is located on the Atlantic coast of Morocco in North Africa, west of the Strait of Gibraltar. Morocco was a French protectorate from 1912 until independence in 1956. Hence, in 1941, when the movie is supposed to take place, the Frenchman Capt. Louis Renault, played by Claude Rains, is in charge and answerable to the collaborationist Vichy government and to the Germans after they take over all of France and claim its colonies in November of 1942. At one point, the black-marketeer Signor Ugarte, played by Peter Lorre — who is supposed to possess illegal documents of safe passage — is shot (presumably by a French agent) in front of a poster depicting Marshal Philippe Pètain, head of the Vichy government. Point made.

The United States declared war on Japan following the attack on Pearl Harbor; Germany, being an ally of Japan, declared war on the U.S. three days later. The filming of “Casablanca” began in May of 1942, before Operation Torch but after Hitler had declared war on the U.S., on Dec. 11, 1941. The movie dramatizes the Nazi threat by way of Victor Laszlo’s persecution and his need to escape. Laszlo was a Czech resister when the Germans occupied his country in March of 1939. His aim in reaching Casablanca is to gain air passage to Portugal (as had Sophie Freud) and then, by ship, to America.

The mysterious Rick Blaine (Humphrey Bogart), who is in love with Laszlo’s wife, Ilsa (Ingrid Bergman), is a stand-in for American policy. He is probably a secret agent of some kind — eyes and ears for the U.S. government in some capacity. The Office of Strategic Services (the O.S.S., forerunner of the C.I.A.) was established in June of 1942 and, according to Wikipedia, “In direct operations it was successful in supporting Operation Torch” when “it identified pro-Allied potential supporters and located landing sites.”

In the end, Rick, with the aid of his new French “ally,” Captain Renault, helps Victor escape by plane with Ilsa. Blaine and Renault walk into the fog of war on their way to join the Free French Forces and General de Gaulle in Brazzaville, French Equatorial Africa.

To repeat the obvious, the rest is history. The Americans and the British would fight their way across North Africa, on to Sicily, and grind their way up the Italian peninsula and from there to southern France, in 1944 joining the Allied troops from the Normandy invasion in the Battle of the Bulge in the Ardennes.

Again today, the world is witness to invasion, resistance, and the need to escape repression by an aggressive enemy. We are, by analogy, at 1941. Poland is today’s escape route, today’s Casablanca.