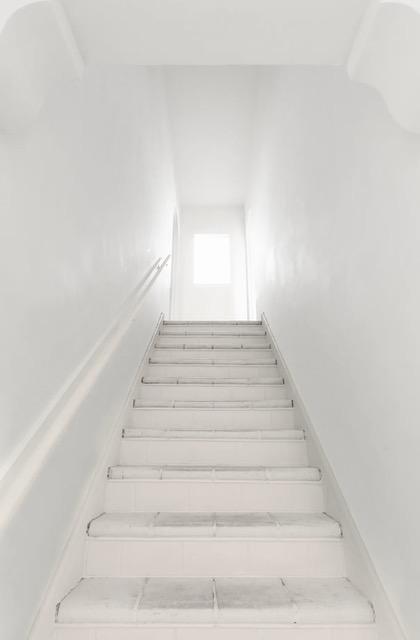 “This brings us back to ghosts, which, as I said, I don’t believe in. I’m just too practical.” — David Sedaris

There was a time not too long ago when New York City was referred to as a ghost town. Midtown still is, with so many offices empty and restaurants closed. I liked to imagine elegant men and women out of an Edith Wharton novel in Victorian dress strolling down lower Fifth Avenue into Washington Square.

My introduction to ghosts began when my family joined the Irish exodus in the early 1950s from Park Slope, Brooklyn, to the Jersey Shore. My parents bought a shingled house, thought to be designed by Stanford White, “for a song,” they would say happily, at the turn of the last century in a town considered a summer resort not unlike East Hampton. Large enough for our burgeoning family that grew to include 12 children, it had dozens of rooms, fireplaces, a butler’s pantry, and maids’ quarters.

Mr. Moss, the town historian, told us that a Shakespearean acting troupe summered at the house during the ‘20s, and rumors were that some remained. My sisters and I were terrified of venturing up the stairs to the third floor, believing the butler, the maids, and the actors in costume haunted the bedrooms.

Most children believe in ghosts, especially if brought up Catholic as I was. The Bible is filled with stories of apparitions and miracles. Our Lady of Fatima, though not in the Bible, was said to have appeared to three children in 1917 and then to the thousands who made the pilgrimage to Portugal since then.

I adored movies with ghosts when I was young. “It’s a Wonderful Life,” “A Christmas Carol,” and “The Ghost and Mrs. Muir,” my favorite. Rex Harrison, a dashing seaman lost at sea, appeared to save Gene Tierney from financial ruin by “ghostwriting” a best-selling, colorful, salty book about his life as a sea captain. She joins him when she dies, returning to her youthful beauty as they walk arm in arm out the door into eternity.

As I grew older, my skepticism took over, and, though I believed in an afterlife, my deceased loved ones were not in view, especially not Al, my late husband. He, on the other hand, believed he was somewhat of a mystic, and did not share my skepticism. Living in Sag Harbor only reinforced his belief in the spirits.

He did say he often communicated with his mother. Once we were dining out at the American Hotel, celebrating a friend’s birthday, discussing the possibility of Al’s son buying a plane. While we were talking, the salt shaker began to move slowly across the table. My friend and I looked at Al aghast, and his calm response was that it was Pearl, his mother, warning him not to let his son do such a dangerous thing.

Then one rainy fall evening, I came home and his face was ashen, as if, well, he really had seen a ghost. He said not only had he seen one, but two. A short, stocky man in the kitchen wearing a red checked flannel shirt, and upstairs in our bedroom a woman in a nightgown writing in a book. He said he thought they were married and estranged because they were on separate floors.

A few days later, when I was walking past the Municipal Building, where the files of the houses were kept, I decided to go in. The room was dark, out of a film noir movie, with shafts of light coming through the slatted wooden blinds. A low, gated partition separated visitors from the files and an elegant older woman wearing pearls, resembling Ruth Gordon, sitting at a large desk. I asked her if I could see the file for our house.

“That’s the Flemings’ house,” she said as she handed me the file.

“Did you know them?” I asked. She said she did, that they had four daughters, one still living in Sag Harbor.

“The house is very old; generations of people have owned it through the centuries. My husband thinks he saw a few ghosts,” I said sheepishly.

“Oh, I’m not surprised. My friend lives on Suffolk Street and had to bring in a priest to get them out of her house,” she said.

All the while I kept wondering, still not convinced, why do they always seem to be in this town? The history here must play a role, the sense of a harder time, the toilsome life of the fishermen whalers. It’s said that the longer a place has been occupied, the more relics from the past, the more likelihood of ghosts. The Atlantic shore and the eastern end of Long Island are rich with both, but you rarely if ever hear of ghosts in New York apartments, and this couple were our parents’ age.

Ghosts are said to come back from the dead because of some unresolved part of their lives. They’re unsettled (I could hear Al saying they were married and estranged). Did people in Sag Harbor lead more troubled lives than elsewhere? Or maybe they weren’t so miserable and just didn’t want to leave. My friend Marty was awoken one night by a gaggle of ghosts frolicking in her swimming pool.

“Do you by any chance know how to reach her?” I asked the woman in the Municipal Building. She then miraculously produced the daughter’s phone number, which she happened to have, though she thought it best for her to make the call to introduce me. She found her on Long Beach, and within a few minutes my cellphone rang.

“Yes,” I answered. I told her I didn’t want to alarm her, but I was wondering if I could ask her a few questions.

“Of course, I’m fascinated” was her response. I held my breath and asked her what her mother was like.

“She was a bookkeeper” (the woman was writing in the book).

“And your father?” I asked.

“He was a stock keeper at the old Madison Market, where Cilantro’s is now, down the street. He was short, a bit burly, and always wore the same thing: a red checked Pendleton shirt.” I almost fainted.

I didn’t mention how her description matched Al’s story, thanked both of them, and went home. We (I should say I) lived with our visitors uncomfortably and uneventfully for a few more months. Then Al announced one day that they had left. He credited himself with bringing them together.

“I think they like me,” he said. As he was walking down the stairs, both circled him and then, like Eloisa and Abelard, never to touch but forever together, they flew out the door.

This time I believed him. Though it’s only been a year, there are moments when I forget he’s gone and it’s as if he’s still here with me. I can feel him close by. I believe he is, thanks to Mr. and Mrs. Fleming.

Nora Sheehan has been creative director at magazines including Elle Decor and Architectural Digest. She can be reached at [email protected]. Her husband was Al Ellenberg, formerly city editor of The New York Post.