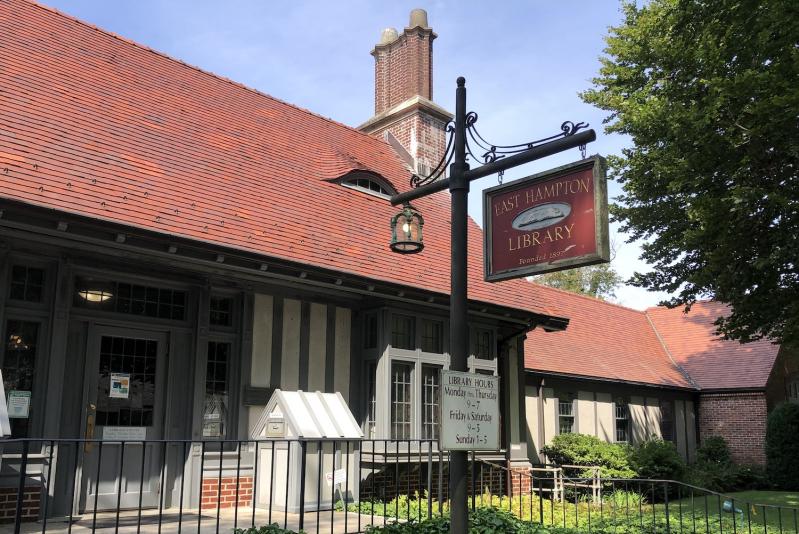 Taxes in the East Hampton Library District are expected to increase by an average of $6.54 a year following voters' approval of the library's 2023 budget.
Carissa Katz
By Christine Sampson

Voters in the East Hampton Library District, which consists of the East Hampton, Springs, and Wainscott School Districts, handily approved the library's over-the-tax-cap budget plan for the 2023 fiscal year.

Overall, the $3.34 million budget received 121 "yes" and 21 "no" votes on Saturday, good for an 85-percent voter approval rate. Because the proposed tax-levy increase was above the limit established by state law, the library needed a supermajority outcome, or at least 60-percent voter approval. East Hampton residents voted 93 to 13 and Springs residents voted 24 to 8; all four Wainscott residents who cast ballots supported the budget.

Library taxes are expected to increase by an average of $6.54 for the year.

"The East Hampton Library Hampton Library Board and staff are very appreciative of the great approval that the public has given in our budget vote results," Dennis Fabiszak, the library director, said by email. "We look forward to continuing to provide and enhance the collections, programs, and services that our community members want and need."