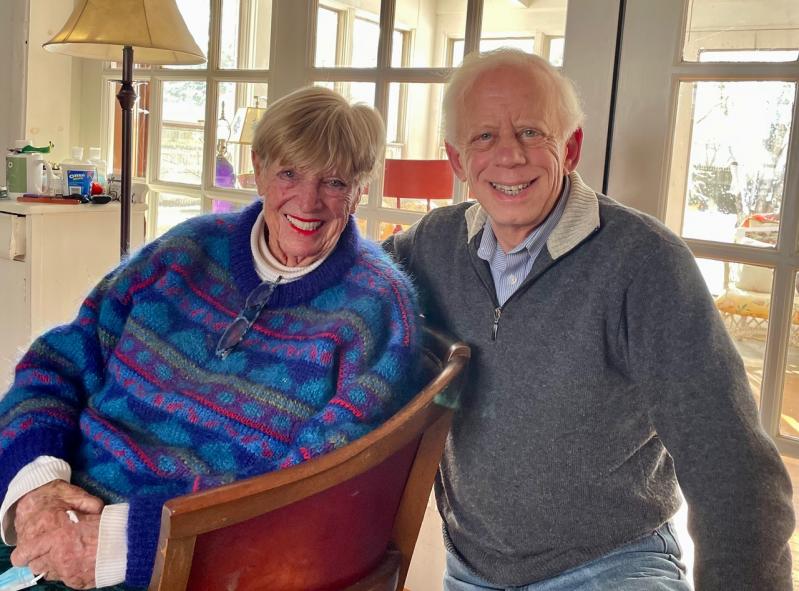 Joan Tulp and Victor Gelb of the Amagansett Village Improvement Society have announced an essay contest to celebrate the society's 100th anniversary.
By Christopher Walsh

The Amagansett Village Improvement Society is celebrating its 100th anniversary this year, starting with a "love letters to Amagansett" essay-writing contest for Valentine's Day. All have been invited to participate.

"Tell us, in 100 words or less, why you love Amagansett," said Joan Tulp, co-president of the society. Essays should include the writer's name, age, email address, and telephone number. The deadline for submissions is Feb. 7. Essays should be sent by email to [email protected].

Winners will be announced on Feb. 14 on the society's website, keepamagansettbeautiful.com. All contestants will be given a prize, and a grand prize will be given in each of three categories: children (ages 11 and under), young adults (ages 12 to 18), and adults. Entries will be judged by a panel of AVIS board members on the basis of content, creativity, and fresh point of view. By entering the contest, each writer grants permission for AVIS to use the content the essay submitted.

"We hope that the entire community will join in this and all of our hundredth-anniversary events" as the society embarks upon its second century of keeping Amagansett beautiful, said Victor Gelb, AVIS co-president. More information can be had by emailing [email protected].

The society's 100th anniversary came in September, but marking the occasion was postponed because of the pandemic, as was the Summer Splash fund-raiser.