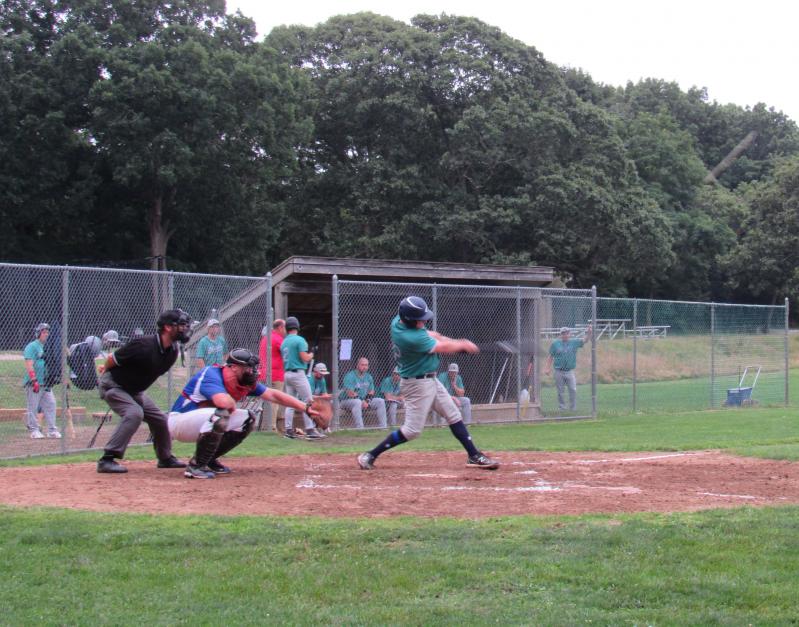 You've heard of Hamptons Adult Hardball? A new over-30 wood bat baseball league playing in these parts? Now's a good time to see it in action, as a playoff doubleheader is set for Sunday starting at 10 a.m. at Sag Harbor's Mashashimuet Park.

The season has involved four teams, and they'll be paired up Sunday, with the first game featuring the top seed, the South Fork Giants, managed by Pete Barylski, up against the New York Reds, headed by Frank Vespe of Springs, who might be familiar to Star readers from his regular "Guestwords" contributions.

Barylski, who lives in Water Mill, and Kinnier, a Noyacker, are the league's founders, having grown weary of long drives up the Island to take part in adult leagues in places like Eisenhower Park in Nassau County, compounded by the difficulty of getting players to come east.

And now there's a fall season in the works, to start in September, with preseason workouts for potential players to be held early next month. More information is at hamptonsadulthardball.com.