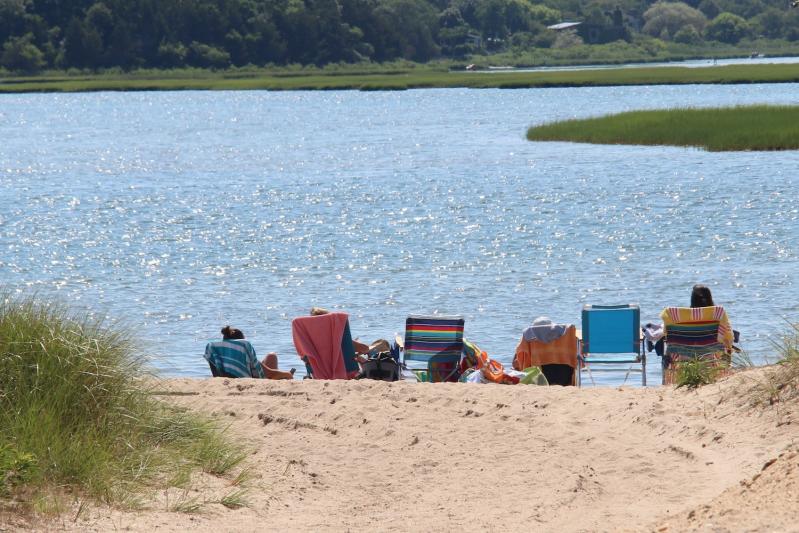 Concerned Citizens of Montauk on Thursday reported that 9 of the 25 bodies of water it routinely tests have medium to high levels of harmful bacteria.

The group takes samples from lakes and ponds, bays, ocean waters, and other ecosystems in Montauk, Amagansett, and East Hampton each week for enterococcus bacteria; levels of this bacteria that exceed a count of 104 are deemed a risk to human health. The water at Pussy’s Pond in Springs and the outfall pipe at Surfside Place in Montauk had the highest levels of bacteria, at approximately 24,196 and 11,119, respectively. The measurements also showed these two locations experienced the greatest increase over the previous week: Their bacteria levels were approximately 10 times greater than measurements from the week of June 7. In contrast, the East Creek location at Lake Montauk remained consistent from the prior week, with an enterococcus level of 109.

Five other water bodies experienced significant growth in bacteria levels from the previous testing period to that of last week. The levels at Fresh Pond’s beach and creek increased from low to high, measuring last week at 108 and 110, respectively. Similarly, bacteria levels at the Head of the Harbor location at Three Mile Harbor and Louse Point Beach at Accabonac Harbor rose from low to medium bacteria levels. The enterococcus levels in the Benson Drive culvert at Lake Montauk location were extremely high (6,131), but whether this is a change is uncertain, as it was the first time that water body was tested, on the recommendation of a volunteer.

The bacteria levels of two water bodies — Fort Pond and Settler’s Landing at Three Mile Harbor — dropped from medium to low. The remaining water bodies are consistent in reporting low levels of bacteria.

Intensive monitoring or remediation is planned or in place at five of the nine testing locations that experience medium or high levels of entero bacteria. These include the East Creek and Benson Drive Culvert locations at Lake Montauk, the outfall pipe at Surfside Place, Fresh Pond’s beach and creek, Pussy’s Pond, and the head of Three Mile Harbor.

This abrupt hike in bacteria concentrations coincides with increases in temperatures. “As we are seeing more warm and sunny days, we are also starting to see increases in bacteria levels,” Kate Rossi-Snook, the group's environmental advocate, explained in an email. She recommended that children play only in “open and well-flushed” water bodies and that they stay away from stagnant water and all water in areas with medium or high levels of bacteria.