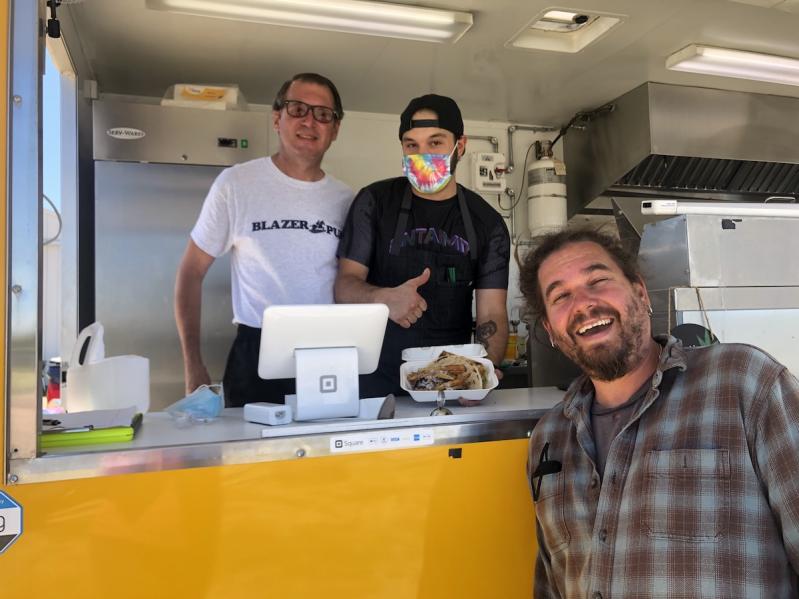 From left, James Carpenter and Nicholas Reisini, who are the chefs behind OMO the Kitchen, and David Falkowski, who owns the food truck and farm.
Christine Sampson
By Christine Sampson

The Open Minded Organics farm in Bridgehampton has been slowly but steadily expanding its reach over the last several years, from its Butter Lane origins to OMO the Apothecary in Sag Harbor and, now, the OMO Kitchen.

Not tethered to a particular type of cuisine, the OMO Kitchen menu is curated by two notable chefs. They are Nicholas Reisini, the former executive chef at Dopo La Spiaggia and Tutto il Giorno and a partner in the Honest Plate meal service, and James Carpenter, whose resumé includes the American Hotel, Maidstone Arms, Hampton Clambakes, the Silver Lining Diner, and others. And, of course, everything has the stamp of approval of David Falkowski, owner and operator of Open Minded Organics.

Parked at the farm stand on Butter Lane, OMO Kitchen will be open Fridays through Sundays from 11:30 a.m. to 3 p.m. for now, with expanded hours and a menu of juices, smoothies, and dinner platters to be announced in June.