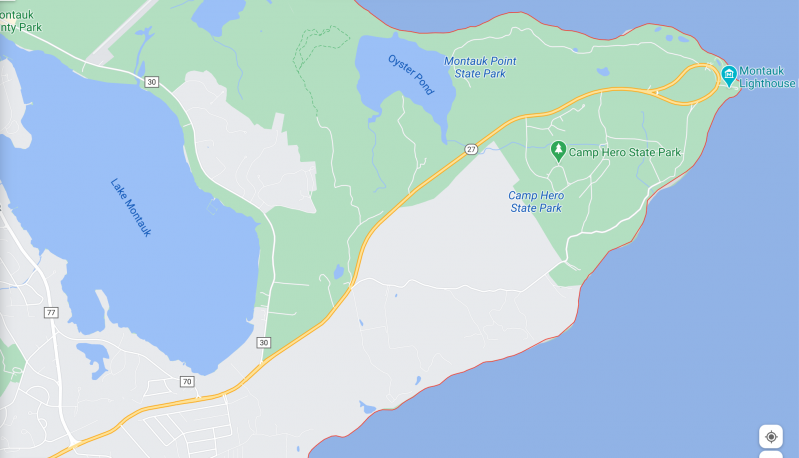 Repaving is planned on several miles of Montauk Highway, pictured in yellow on the map.
Google Maps
By Bella Lewis

Assemblyman Fred W. Thiele Jr. has announced that the New York State Department of Transportation has entered the design phase of a project to resurface part of Montauk Highway in Montauk. Route 27 from South Etna Avenue to Montauk Point, approximately five miles, is to be repaved.

After removing the existing asphalt overlay and repairing damage to the underlying base, the pavement will be restored and resurfaced with new asphalt, according to a release from Mr. Thiele's office. The project will also install and upgrade sidewalk curb ramps to meet Americans With Disabilities Act requirements. The work is scheduled to begin later this year.

"I wish to thank the New York State D.O.T. for acting to resurface this section of N.Y. State Route 27, a heavily trafficked route leading from the village to the Montauk Lighthouse," Mr. Thiele said. "I have long advocated for this resurfacing project that will enhance the safety and mobility of all travelers, and look forward to its completion."