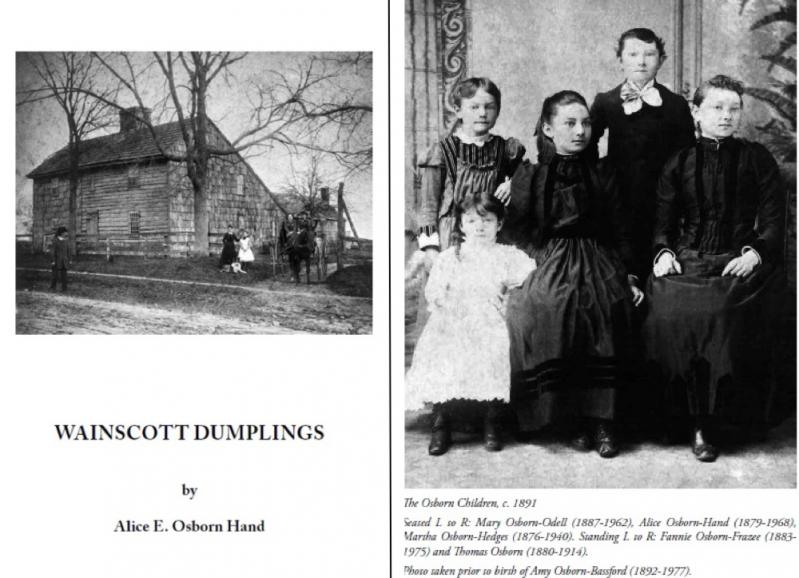 The cover and inside front cover of "Wainscott Dumplings."
Courtesy Wainscott Sewing Society
By Christine Sampson

The Wainscott Sewing Society announced this week that the fourth edition of "Wainscott Dumplings," a collection of stories about the people and events that make up the hamlet's history, has been released.

Copies can be bought for $20 — exact change has been suggested — and picked up from 10 a.m. to noon on Saturday at the Wainscott Chapel. After Saturday, copies will be available via mail order and at BookHampton in East Hampton Village.

Written by Alice E. Osborn Hand, "Wainscott Dumplings" was first published in 1954 and was re-released in 1977 and 1998. The new edition, a 112-page softcover book, has been enriched with additional historical photos. Sales of the book benefit the Wainscott Chapel, which is owned and managed by the Wainscott Sewing Society.

"It's a charming book, beloved by the people of Wainscott, and of a lifestyle almost forgotten today," the group said in an announcement.