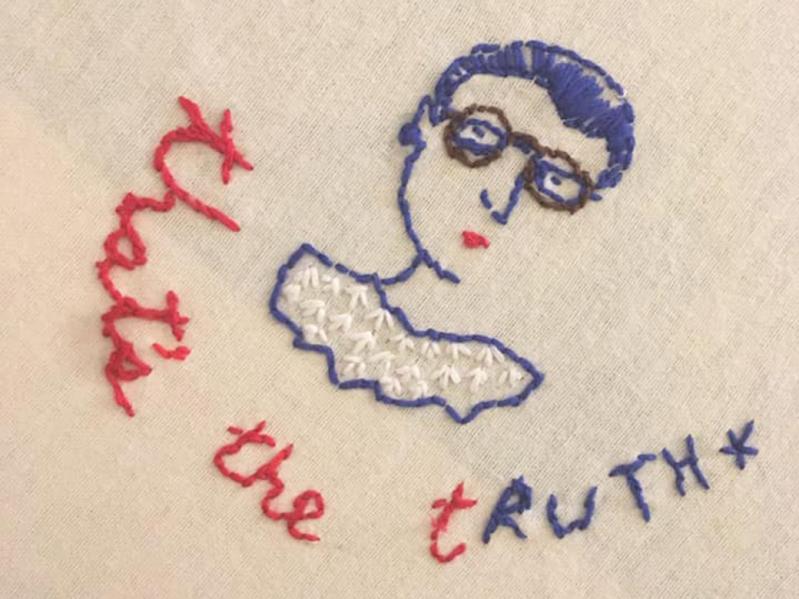 A candlelight vigil will be held Saturday to honor Ruth Bader Ginsburg, the United States Supreme Court justice and feminist icon who died Friday of metastatic pancreatic cancer at the age of 87.

At 6 p.m., people will gather at the Bridgehampton Community House, 2368 Montauk Highway in Bridgehampton, to remember R.B.G., as she was famously known.

"Once we were able to wipe away the tears tonight, the panic set in," Lisa Votino, the vigil's organizer, said on Facebook late Friday. "What would RBG do? She would fight for what's right and so are we. Let's join together for a candlelight vigil to mourn her passing and then let's mobilize and find out what actions we can take immediately to save our democracy."

Appointed Aug. 10, 1993, Justice Ginsburg was the second woman to be appointed to the Supreme Court.

Before she died, The New York Times wrote on Friday, she had beaten colon cancer in 1999 and early-stage pancreatic cancer in 2009. She had heart surgery in 2014.

NPR reported Friday that she had made one final request, reportedly dictated to her granddaughter Clara Spera several days ago: "My most fervent wish is that I will not be replaced until a new president is installed."