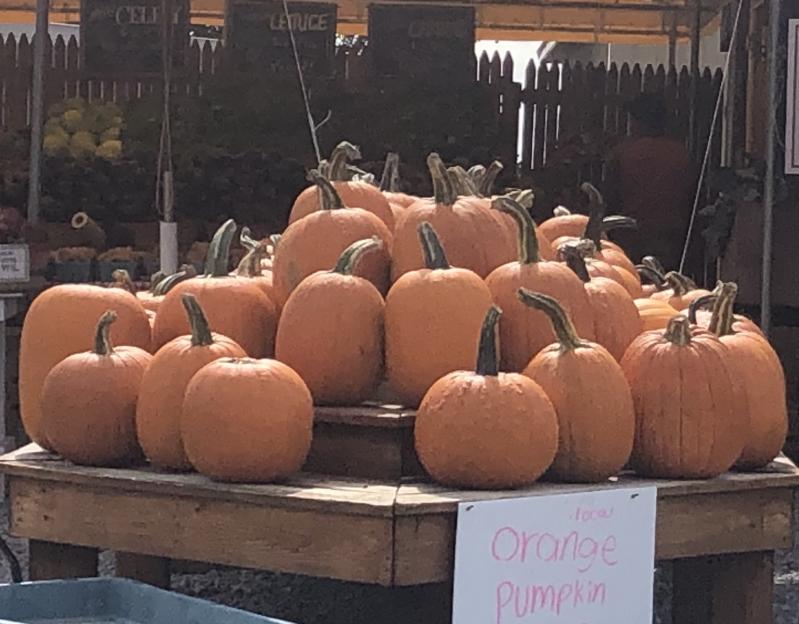 It's time to decorate pumpkins for Halloween.
Christine Sampson
By Bella Lewis

After cancelling its popular in-person pumpkin-carving contest due to Covid-19, the Bridgehampton Lions Club is still holding the event this weekend. As the Lions put it, the contest is "glowing on," only on Instagram instead of on site.

Anyone can enter for free by posting a creation in up to three individual Instagram posts with the hashtag #icarvedfor_bhlions. The entry must be carved before Sunday, and only by the person submitting it. The Lions Club asks for a second photo with the cover of a current local paper -- the East Hampton Star, Southampton Press, or Sag Harbor Express -- alongside the carving.

The club has recommended that the Instagram account be public, so it will be visible, but if this is not possible, they advise direct message as an alternative.

"This year, to keep things simple, we have just one category for all -- one big, all-ages, free-style category. Anything goes," the Lions said.

They will award 10 $100 prizes. "It's not necessarily top 10, just the 10 that catch the judge's eyes." Winning entries can range from a giant contraption to just a very simple but clever idea. Experienced carvers know that sometimes the most effortless pumpkins come out on top.

"So you don't have to be an expert with a chainsaw or pocketknife to win," the club says. "We will also dedicate our Master Blade Trophy along with $200 extra to one of the 10 winners!"

Contest rules stipulate that one image should be a focused and considered picture of the carved pumpkin lit at twilight -- or when dark enough so that both carving and glow are visible. Additional images in the same post are allowed, so long as one includes the cover of one of the three newspapers.

The pumpkin-carving contest is the Bridgehampton Lions Club's one annual fund-raising event. Each year, the club donates to the Long Island Guide Dog Foundation, which trains service dogs for people who are blind or have severe sight impairment. The organization also gives scholarship awards to local high school students and supports local food pantries.

Trees, Wreaths for Sale in Amagansett
Holiday Cheer Is Coming to Sag Harbor
Even More Thanksgiving Options From the Pike and Old Stove
END_OF_DOCUMENT_TOKEN_TO_BE_REPLACED