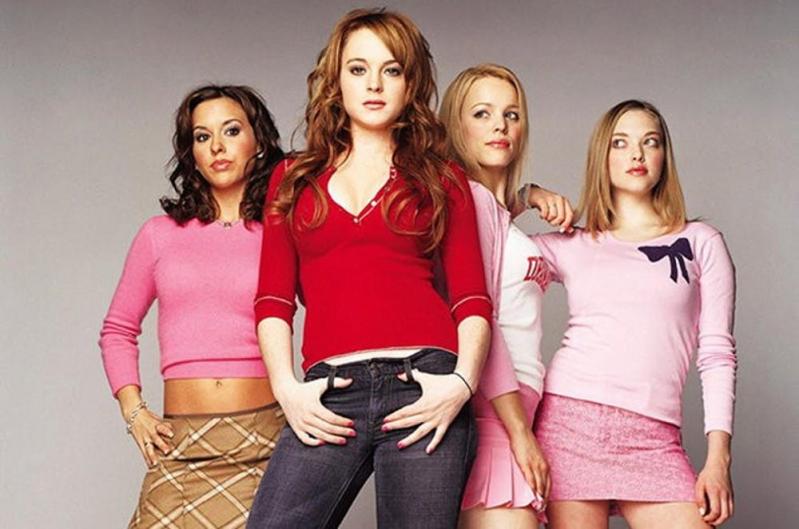 On Wednesdays they wear pink, but Hamptons Film Drive-In will show "Mean Girls" on Monday in Bridgehampton.
By Jennifer Landes

Hamptons Film Drive-In, in partnership with the Hayground School, will show Tina Fey's "Mean Girls," from 2004, as the Monday retrospective film, and Jordan Peele's "Get Out" as the Scary Wednesday film.

"Palm Springs," directed by Max Barbakow, will be presented on Friday. The plot involves a chance encounter at a Palm Springs wedding that becomes more than just a romantic comedy premise as both characters find themselves experiencing the same events over and over again. Andy Samberg and Cristin Milioti star. Mr. Samberg's Lonely Island comedy group was involved in the production, but, NPR noted in its review, the film offers "a little bit of a different shading of his persona." The filmmaker won a student award at the Hamptons International Film Festival some years ago.

All films cost $50 per car and are screened at 8 p.m. at the Hayground School. Tickets must be purchased prior to the screening on the Hamptons Film website. Further information will be provided upon registration.