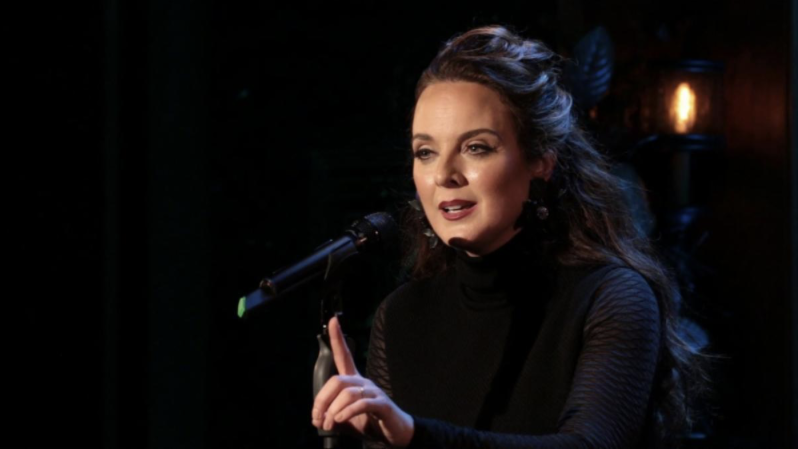 Melissa Errico will be available for a live chat during the premiere of last summer's Guild Hall concert on YouTube on Sunday.
Guild Hall
By Jennifer Landes

Although possibilities for escape in the outside world are growing increasingly limited, the virtual world of art and culture is offering plenty of fresh experiences, performances, concerts, and more. This week Guild Hall offered a number of new programs on its YouTube channel, including two interactive streamed concerts.

On Sunday at 4 p.m., Guild Hall will stream Melissa Errico's "Sondheim Sublime" concert from last summer on its YouTube channel in honor of Stephen Sondheim's 90th birthday. Ms. Errico will be available for a chat with viewers during the performance.

Then on Friday at 7 p.m., the East Hampton art and performance space will stream a G.E. Smith and Taylor Barton "Portraits" concert with Loudon Wainwright III and Wesley Stace, also from last summer. Mr. Smith will also participate in a chat with viewers about the show online.

Both shows, which the artists agreed to share with the community for free, will continue to be available on the new LIVE From Guild Hall's YouTube page. The site also contains Florence Fabricant's discussions with famous chefs and food personalities, performances, gallery talks, and soon every Hamptons Institute panel discussion since 2010.

In a live online event, the Perlman Music Program will have a virtual Works in Progress concert in which its young artists "will perform classical masterworks from where they are in the world right now." More information on how to stream the concert, which will take place on Wednesday at 6 p.m., will be available shortly.