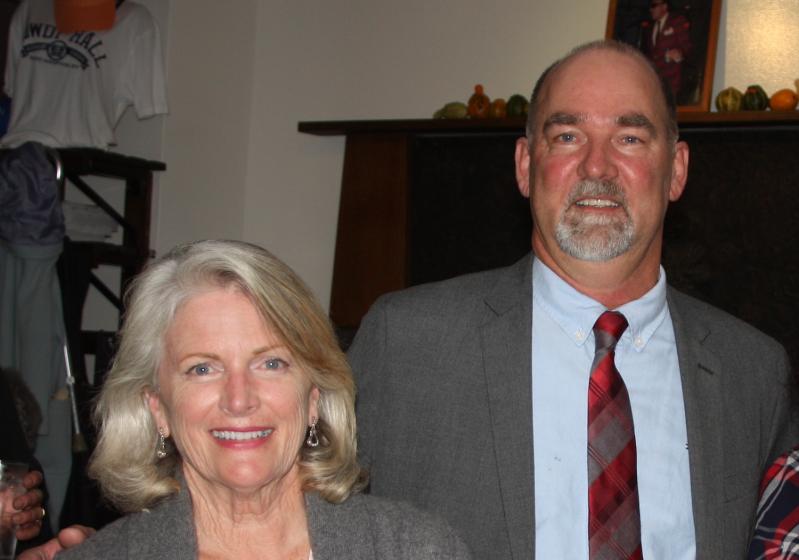 No sooner had East Hampton Town Supervisor Peter Van Scoyoc announced last Friday that he would not seek re-election to a fourth term than the deputy supervisor, Councilwoman Kathee Burke-Gonzalez, put out the word that she would screen with the town Democratic Committee for the supervisor's nomination.

In the ensuing days, Councilman David Lys and Councilwoman Sylvia Overby, whose terms are up at the end of this year, both confirmed their intentions. Mr. Lys will run to keep his seat; Ms. Overby will not run again.

Mr. Lys said he is “very excited about the future” and “happy with what I’ve been able to accomplish in the last five-plus years.” The vision of what his children need in a future East Hampton Town guides him, he said. “I hope the voters of East Hampton will give me the opportunity to continue my work. . . . I hope I’ve earned their respect and their vote.” He is in the final year of his first full term. He was appointed to the board in January 2018 to fill the seat vacated when Mr. Van Scoyoc became supervisor. That November he was elected to serve out the final year of Mr. Van Scoyoc’s term and in 2019 he won a full term.

“It has been the privilege of a lifetime to serve the voters of East Hampton,” Ms. Overby said in a statement on Thursday. She is finishing her third term in office. “For the past 12 years it has been my honor to be an East Hampton Town council member to this extraordinary community and the people that make it special.” After her time on the town board and another seven years prior to that on the East Hampton Town Planning Board, as well as time serving on many appointed committees, she said she made the difficult decision not to seek re-election.

“My hope for the future of East Hampton is that our leaders will continue to honor the unique character, history, [and] irreplaceable natural resources through robust preservation and not succumb to the pressures of suburbanization and overdevelopment. Hold firm, and restore or preserve the beauty of our landscape and enhance the quality of life for our community.”

In his announcement on Friday, Mr. Van Scoyoc, too, said he considers himself “blessed to have had the opportunity to serve the town I love, to work with dedicated and intelligent town board colleagues and staff, and to have met so many interesting and talented residents and individuals during my tenure.” He noted that the decision was made “after thoughtful consideration and consultation with my family over the holidays.” He later clarified that he is open to new work opportunities, as he doesn’t want to retire altogether just yet.

“This time has been marked by daunting challenges but also by many successes,” Mr. Van Scoyoc said. “I am proud of the work that has been accomplished by the town board under my leadership and I feel that the town is currently on solid footing. As I move on to other endeavors, I will always be grateful to the people of East Hampton for the faith and confidence they have placed in me to lead the town over these many years.”

Mr. Lys praised Mr. Van Scoyoc’s dedication to the town. “I don’t know if you’ll ever see a person again who will give as much back to the town in the roles that he has,” Mr. Lys said by phone Tuesday. “It’s been a tremendous pleasure to work with someone that I respect and trust.”

“It’s a tough job and I think he’s done a spectacular job at it,” he said. “It’s been difficult to be not just a council member but a supervisor during Covid. There’s no playbook for that. To get the board and the community through that, that is special.”

Ms. Burke-Gonzalez, who is in her third four-year term and her third year as deputy town supervisor, cited several motivating factors for seeking the supervisor’s post. “Over the last several years, we have witnessed tremendous shifts here in town — the year-round population has grown by 32 percent, the potential labor pool has shrunk significantly, the housing market continues to tighten, with housing getting even more expensive relative to income, some very wealthy residents have become more entitled and overly litigious, private equity investors have poured in millions of dollars buying up local businesses, all the while our older residents and those facing challenges due to low incomes have become more and more isolated,” she said in her announcement. “These profound shifts require a change in the way local government operates.”

She continued, “We need to professionalize town government so that it can operate more effectively. I wish to serve as your next town supervisor as I have the experience, the vision, and the interpersonal, organizational, and communications skills to lead that effort.”

Ms. Burke-Gonzalez is running from the position of a “safe seat,” meaning her town board term is not yet up as she seeks the supervisor’s post. She previously was elected to three terms on the Springs School Board. Should she win, the board would be able to appoint someone to fill her seat.

Anna Skrenta, chairwoman of the Democratic Committee, confirmed Tuesday that Ms. Burke-Gonzalez is the only candidate who stepped forward to screen for the seat. That, however, doesn’t guarantee that she will be the only one in the running; any other Democrat may force a primary run by going through the formal petitioning process with the Suffolk County Board of Elections. Having the support of an established party, though, generally gives a candidate the advantage of boots-on-the-ground help gathering signatures on petitions.

According to the committee’s website, Jan. 13 was the deadline for candidates to come forward to express interest in running this November. Ms. Skrenta said the committee had been accepting letters of interest since Dec. 18 and has advertised in newspapers to try and reach potential candidates. She said that “several people” have indicated their interest in running for town board seats. Formal campaign announcements will be forthcoming after the committee’s Feb. 8 convention, she said.

Also on Friday, the East Hampton Town Republican Committee sent out an email to members decrying “one-party rule” in East Hampton Town and encouraging interested candidates to come forward. Those seeking higher office on the Republican line are asked to contact Manny Vilar, the committee’s chairman, at 631-324-0528 or [email protected]. Screenings are to take place tomorrow at the American Legion.

Saying “We need you to save East Hampton,” the Republicans criticized the current town board for “destroying the fabric of our community,” and charged that it had “pitted neighbors against neighbors,” “accomplished NOTHING for residents,” “spent millions on frivolous lawsuits,” “denied residents life-saving cell service,” while adopting a “radical ideology” that has made East Hampton “anti-business” and too “expensive to live, driving families apart.”

With Reporting by Carissa Katz and Tom Gogola