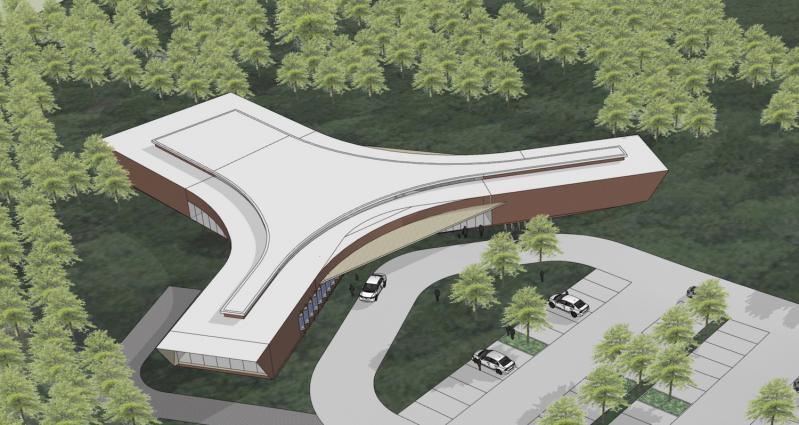 The new senior citizens center that will be built on Abraham's Path in Amagansett will have what its designers refer to as a "windmill" layout.
R2 Archictecture
By Tom Gogola

The East Hampton Town Board has selected a design for a new $25 million-plus senior citizens center in Amagansett.

After debating the merits of two design concepts by R2 Architecture over the course of several board meetings, the board voted on Thursday to go with a so-called "windmill" layout. Also in the running was a "linear" design. R2 Architecture reported earlier this week that both feature about 13,000 square feet of solar panels, and that the competing designs had "no significant cost difference."

A final design plan, complete with the proposed placement of solar panels and parking for the Abraham's Path facility, is still six to eight weeks out, Councilwoman Kathee Burke-Gonzalez reported at Tuesday's work session. One option under consideration, for example, is canopied parking that would be topped with solar panels.

The board voted unanimously on Thursday in favor of the windmill layout.