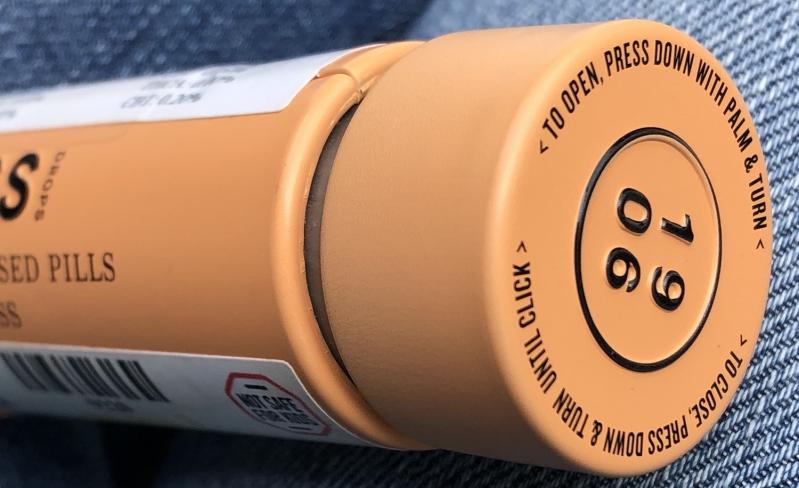 A bill introduced by Legislators Kara Hahn and Sarah Anker would require that "plain packaging and labeling apply to all surfaces," and further restricts logos, colors, and branding to very small lettering, and requires that cannabis products be sold in tamper-proof or child-proof containers.
By Tom Gogola

The Suffolk County Legislature is considering a bill introduced on July 26 that aims to address a chronic concern for parents, educators, and others in the wake of New York's landmark cannabis legalization law that passed in March of 2021: the packaging of pot products, and especially edibles.

Ms. Goodwin is a researcher in psychiatric and substance abuse epidemiology, a professor at the School of Public Health at the City College of New York, and an adjunct professor at Columbia University, with a special interest in the impacts that legalization may have on adolescent health. She's trying to get buy-in from the National Institutes of Health on her proposal to make Suffolk County a test-case region to determine the relationship between packaging and consumption among younger users.

"There's so little regulation of the product in terms of how they are marketed, how they are advertised," said Ms. Goodwin, whose research to date has shown, not surprisingly, that states that legalized cannabis have seen a spike in the rate of use among young people. But when Canada legalized cannabis in 2018, she said, it did so with "very strict packaging laws and warning labels that had to be larger than the logo," along with other guidelines that forbade packaging that's similar to products like, say, Oreo Cookies or other sweets and candies. The result: Canada has seen "no spike in use by kids," she said.

Ms. Goodwin said Suffolk County is prime turf for her proposed study -- given that it's surrounded by water, has numerous towns that have "opted in" to allow dispensaries and on-site consumption spaces, and is kind of an island unto itself given that Nassau County has largely opted out of the new green economy. "Suffolk is as good as it gets for an experiment," she said, highlighting how consumers here won't have to go into New York City to buy cannabis products and that the local waters create an additional buffer zone that would tend to keep edibles production and sales local.

Her N.I.H. proposal comes at a time when Southampton is striving to sort out the details following that town's opt-in last year. The packaging issue, said Ms. Goodwin, extends to the broader marketing and advertising of cannabis in places like Southampton and, to that end, Supervisor Jay Schneiderman has offered a new ordinance that, among other restrictive gestures, limits what potential cannabis consumption lounges and dispensaries can do to advertise their wares.

They'd have to be devoid of any outside signage or marketing that would indicate that it's a pot business -- so, no pot-leaf logos waving from flagpoles on Montauk Highway. Any cannabis products sold at dispensaries or lounges would have to follow that guidance -- and abide by any county law targeted at the products themselves.

Once the rules are worked out, one Southampton business, Ultra Nightclub at 125 Tuckahoe Lane, would come forward with a desire to convert from an alcohol-selling nightclub to a cannabis lounge. The Southampton guidance under consideration allows for alcohol or pot sales at a nightclub, but not both. Ultra would be rebranded as Magnetic Greens and feature a pink lotus logo, according to a nightclub representative who spoke at a recent Southampton Town Board meeting about the reefer rollout in town.

That July 12 meeting also saw numerous parents and anti-drug advocates provide testimony to the effect of: "But what about the children?"

The Suffolk County bill is meanwhile rife with language about cannabis's deleterious health impacts on children, as it notes that "many companies use packaging to engage with the customers and build a visual relationship," even as federal, state, and local governments are spending millions of dollars annually on drug education programs for children.

"The marketing of these products would have an adverse impact upon these programs and those we seek to inform through them," reads the bill, which was introduced by legislators Kara Hahn and Sarah Anker. It would require that "plain packaging and labeling apply to all surfaces," and further restricts logos, colors, and branding to very small lettering, and requires that cannabis products be sold in tamper-proof or child-proof containers.

It would further mandate warning labels to keep the product away from children, and forbid words like "candy" or "candies" on the product unless it's a part of the marijuana establishment's name.

The bill would also disallow any language about physical or health benefits of consuming cannabis, and the packaging would have to include the New York Poison Control emergency telephone number. It further forbids any use of "cartoons, color schemes, images, graphics or features that might make the package attractive to children." Violators would face misdemeanor charges with fines and up to a year in jail.

In other words, it's a total buzzkill. But a very necessary one, says Ms. Goodwin, citing data about the "huge increase in poisonings" among children who have consumed cannabis edibles such as gummies.

A Holiday Gift for Surfers and Beach Lovers
Holiday Lights Go On at the Lighthouse Saturday
Covid Vaccine Clinic at St. Luke's
END_OF_DOCUMENT_TOKEN_TO_BE_REPLACED