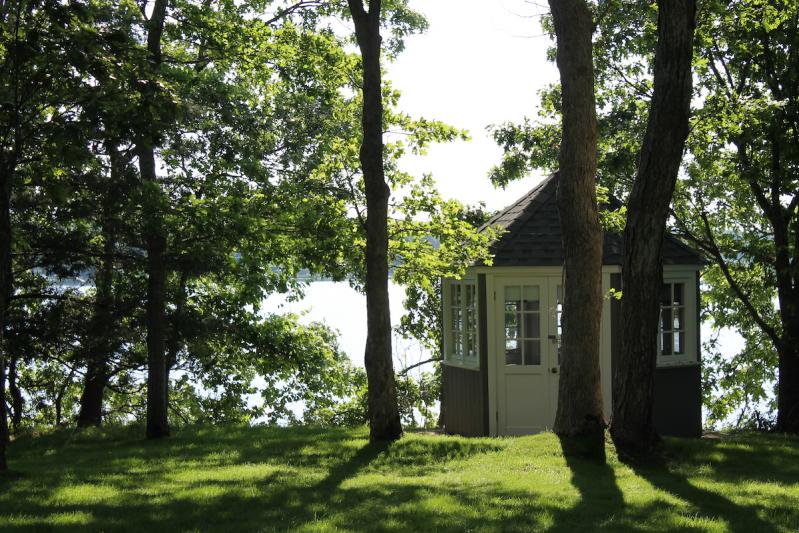 Supporters of the campaign to transform the Nobel Prize-winning author John Steinbeck’s Sag Harbor waterfront property into a writers’ retreat got some good news last week: Assemblyman Fred W. Thiele Jr. has nominated the project to receive a state grant of $500,000 toward its purchase.

The 1.8-acre property on Bluff Point Lane — Steinbeck called it “Eden” — is on the market for $16.75 million, more than $1 million less than its initial asking price. It features a three-bedroom, three-bath house plus a cottage, a narrow pier and small private beach, and a tiny, six-sided, windowed studio where the author, who died in 1968, wrote his books by hand, including “The Winter of Our Discontent” and “Travels With Charley.”

“Sag Harbor has a vibrant literary legacy that must be preserved,” Mr. Thiele said in an announcement last week. “In honoring Mr. Steinbeck and his love for our community, this project will ensure writers can continue to share in its unique and serene nature and greatly serve our community.”

According to Kathryn Szoka, a co-owner of Canio’s Books in Sag Harbor who has been active in rallying support for the project, the University of Texas at Austin has stepped forward to be the institution that would run it. She likened it to the way Stony Brook University operates the Pollock-Krasner House and Study Center in Springs, and said there was a possibility that Stony Brook may also have a role in the Steinbeck project.

“I think it is a very, very important step forward in the arc of our efforts to successfully purchase the home and create a writing center,” Ms. Szoka said by phone last week. “It shows the interest of the state at the highest level, and I think that’s really key to the project going forward. It’s a significant amount of money.”

The Sag Harbor Partnership, which was the driving force behind the restoration of the village’s cinema after a 2016 fire, is acting as fiscal steward for the campaign; the fund-raiser can be accessed on its website, sagharborpartnership.org. In addition to the $1 million that it has raised so far, according to The Sag Harbor Express, the partnership said Southampton Town has offered to chip in, though to what extent is not yet known.

Susan Mead, a co-president of the Sag Harbor group, said of Assemblyman Thiele’s announcement that “we are thrilled to have his support.”

As fund-raising continues, Canio’s Books, the John Jermain Memorial Library, Sag Harbor Cinema, and The Church have been hosting a series of events geared toward celebrating the author, called “Steinbeck in Search of America.” More information can be found online at canios.wordpress.com.

Mashashimuet Park's History and Future
A Conference for Young People to Create Solutions
Get Outside, Get Moving
END_OF_DOCUMENT_TOKEN_TO_BE_REPLACED