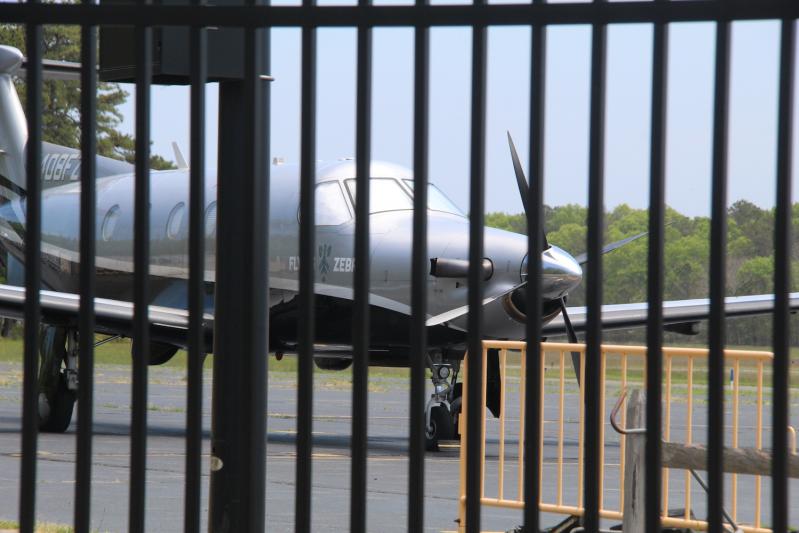 "The town's effort to establish local rules to balance the community's stated desire . . . was challenged by a small minority with seemingly unlimited funds," an attorney representing East Hampton Town told the town board on Tuesday.
Durell Godfrey
By Christopher Walsh

What was once unthinkable now looks increasingly possible, as the airport that many residents say has vastly exceeded its historical function and is destroying their quality of life may finally be grounded, perhaps permanently.

"Given the overwhelming mountain of litigation" that followed the East Hampton Town Board's announcement last winter that it would implement restrictions on aircraft operations at the former East Hampton Airport, a consultant said on Tuesday, "we have been asked to begin the process of understanding and completing the steps to closing JPX," the airport's aviation designation, "as soon as legally possible."

That would be the opposite outcome intended by multiple plaintiffs who sued the town -- successfully, to date -- to prevent it from temporarily closing the airport on May 17 at 11:59 p.m. and, 33 hours later, reopening it as a private airport with prior permission required to take off and land there.

The town board moved to enact restrictions on aircraft operations once it gained control over the airport, following the September 2021 expiration of federal grant assurances. But instead of the imposition of those restrictions, based on time of day and size and type of aircraft as well as a limit on aircraft to one takeoff and one landing per day, the airport continues to operate as before, thanks to a temporary restraining order a New York State Supreme Court judge granted on May 16.

"The process the town undertook to change the status of the airport from public use to private use was a significant undertaking," the consultant, William O'Connor of the Cooley law firm, told the board, "that we were very transparent and public about for many months and took a remarkable amount of effort, expense, and was truly a first-of-its-kind process to try to address the unique situation in East Hampton in terms of gaining control over the use of the airport."

However, he added, "there has been significant litigation, starting in February. The town's effort to establish local rules to balance the community's stated desire . . . was challenged by a small minority with seemingly unlimited funds." Last year, he said, "public engagement sessions made clear the board should try to find a way to balance operations at the new airport. It was also made clear that another season like the prior years was not acceptable."

"It is our understanding," Mr. O'Connor continued, "that the town must now pursue a path to closure," after which "the town can at its discretion consider reopening under commonsense regulations." The impasse, he said, is "an unfortunate result, given all the good faith and hard work accomplished by the town and the [Federal Aviation Administration] in opening one of the most, if not the most, sophisticated private-use airports in the country."

Board members on Tuesday wrestled anew with the intractable circumstances of a temporary restraining order issued one day prior to the planned temporary closure; a surge in jet and helicopter traffic in recent years, with one plaintiff in the multiple lawsuits against the town -- Blade Air Mobility, which allows users of its app to book seats on scheduled helicopter and airplane flights -- responsible for much of that surge; local pilots who oppose at least some of the planned restrictions, and those living near the airport or under flight paths who have long urged the imposition of restrictions if not outright closure.

Councilwoman Cate Rogers, who was elected last year, read a letter she had written to The Star as a candidate. "The status quo is unsustainable," she read, citing the impact of noise and pollution, and her 2021 call to banish jets and helicopters from the airport.

"I do not support closure," said Councilman David Lys, "but I do support meaningful changes." He said that he is supportive of the board's decision to seek counsel as to actions that could lead to the airport's closure "if appropriate."

"I am at a crossroads," said Councilwoman Kathee Burke-Gonzalez. If the community's desire for "a balanced airport" cannot be achieved, "we may be left with no other choice but to look at closure."

The board was to further discuss the situation with Mr. O'Connor and other attorneys from Cooley during an executive session after Tuesday's meeting. Supervisor Peter Van Scoyoc did not attend the meeting but was expected to participate in the executive session discussion.

Mr. O'Connor detailed the "remarkable" amount of litigation the town faces, listing plaintiffs, in addition to Blade, that include the Coalition to Keep East Hampton Airport Open and East End Hangars. Each lawsuit also includes multiple individuals as plaintiffs, some of whom Mr. O'Connor named, who live near airports that could see an increase in air traffic should it be diverted from East Hampton.

But there are also lawsuits brought by Manny Vilar, who is chairman of the East Hampton Town Republican Committee, also seeking a temporary restraining order and which Mr. O'Connor said was filed in Nassau County but will be moved to Suffolk; Long Island Airline; the National Business Aviation Association, and Curtis Air Taxi and Jobs Lane Aviation, the latter two now consolidated into one proceeding. "As you would expect," he said, "a lot of effort has to go into dealing with those cases on a daily basis."

Several residents of the town and Southampton and Southold Towns called in to the meeting. Kathryn Slye of the East Hampton Aviation Association, a pilot who owns a small airplane and is a critic of the board's plan, accused Mr. O'Connor and the board of "a means of revenge" and "an attempt to harass and intimidate" by naming individual plaintiffs in the lawsuit. The board, she charged, "did misrepresent your intentions to close the airport. Absolutely nobody is opposing rational and reasonable restrictions," she said. Aviation interests want compromise, but all efforts to seek that outcome have been ignored, she said.

Erin King Sweeney of the East Hampton Community Alliance, a pro-aviation group, read a statement to the board. "The town has always kept open the possibility of closing the airport, while also remaining committed to discussing the future of the airport with members of the community," she said. The Alliance, "which is not a party to any litigation, is uniquely positioned to engage in these discussions. We remain ready, willing and able to sit down with Supervisor Van Scoyoc and members of the board."

But proponents of restricting aircraft operations or closing the airport outnumbered opponents. Barry Raebeck, director of the Coalition to Transform East Hampton Airport, said that aviation interests "have refused to consider any meaningful restrictions" and resorted to litigation "at the hint of even modest restrictions" that many thought were "much too modest." They have "continually bullied the community, insulted us, distorted the facts for their own purposes" while the community has done the opposite. Blade, he said, "are extortionists" who are "foisting unwanted helicopter flights on a community that says we've had enough."

Blade's attorney, Randy Mastro, told The Star on Tuesday that "Town officials have ignored our repeated attempts to engage in collaborative discussions about addressing the needs of all stakeholders of the airport. I have personally reached out to the town's lead attorney to request such a dialogue, but to no avail."

A statement from five Montauk residents, all plaintiffs in the East End Hangars lawsuit, was similarly critical of the town. "Instead of bringing the community together to address the shortcomings of their plan, the town is ignoring the T.R.O. and threatening to shut down the East Hampton Airport, which is an economic engine for the East End and which 80 percent of town residents want to remain open," they said. "The aviation community and residents support reasonable restrictions that will address noise pollution in the Town of East Hampton. The town's purported plan, however, never fixed the problem -- it merely shifted the burden to neighboring communities, especially to Montauk."

Justice Paul Baisley, who issued the T.R.O. precluding the town from closing the airport or implementing restrictions on aircraft operations, "has not indicated he wants a hearing on a preliminary injunction," Mr. O'Connor told the board. A T.R.O. "should mean just that: It is temporary," he said, but it has no time limit under state procedures. "Obviously, a ruling would be helpful so we know where we stand."

Mashashimuet Park's History and Future
A Conference for Young People to Create Solutions
Get Outside, Get Moving
END_OF_DOCUMENT_TOKEN_TO_BE_REPLACED