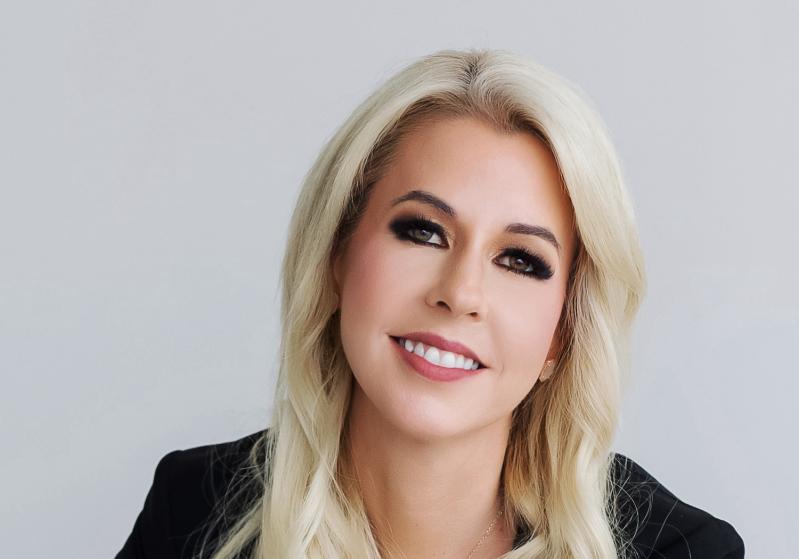 Michelle Bond has joined the race for the Repubican nomination in the First Congressional District.
By Christopher Walsh

The Aug. 23 Republican primary for the nomination to represent New York’s First Congressional District may have a third candidate following last week’s campaign announcement by Michelle Bond, who is the chief executive officer of the Association for Digital Asset Markets.

Ms. Bond would join Anthony Figliola, a former deputy supervisor of Brookhaven Town, and Nick LaLota, chief of staff to the Suffolk County Legislature and a former Suffolk Board of Elections commissioner, in the race to succeed Representative Lee Zeldin, who is seeking the Republican Party’s nomination for governor of New York.

The Association for Digital Asset Markets, or ADAM, is described as “a nonprofit, membership-based association of firms operating in the digital asset marketplace” on Ms. Bond’s LinkedIn page. The website The Coin Republic describes Ms. Bond as a “crypto genius” and ADAM as “a crypto-global network.”

In a statement issued last week, Ms. Bond said she is “a businesswoman, not a politician. As an America First conservative, I’m running for Congress to stop the Biden policies that are destroying our economy. People can’t afford to fill up their gas tanks, but career politicians in Washington keep looking out for themselves while running the country into the ground.” Her campaign launched with $300,000 on hand, according to the statement.

Ms. Bond attended Miller Place High School and Stony Brook University, and graduated from Baruch College and the Columbus School of Law at the Catholic University of America in Washington, D.C. “She is pro-life, pro-Trump’s border wall, and will work tirelessly to stop the Biden-Harris-Pelosi agenda,” according to the statement. “She believes the police need to be defended, not defunded.” She worked as a policy expert in the United States Senate and at the Securities and Exchange Commission, the statement said.

Mr. Figliola told The Star on Monday, “I am still the only America First Republican candidate in this three-way primary who lives in the district. One opponent is a career politician who lives in Amityville and the other is a resident and permanent fixture of the Washington, D.C., establishment. The question the voters should be asking is how will these two individuals represent and remember you with zero connection to this district?”

Mr. LaLota’s campaign did not reply to a request for comment.