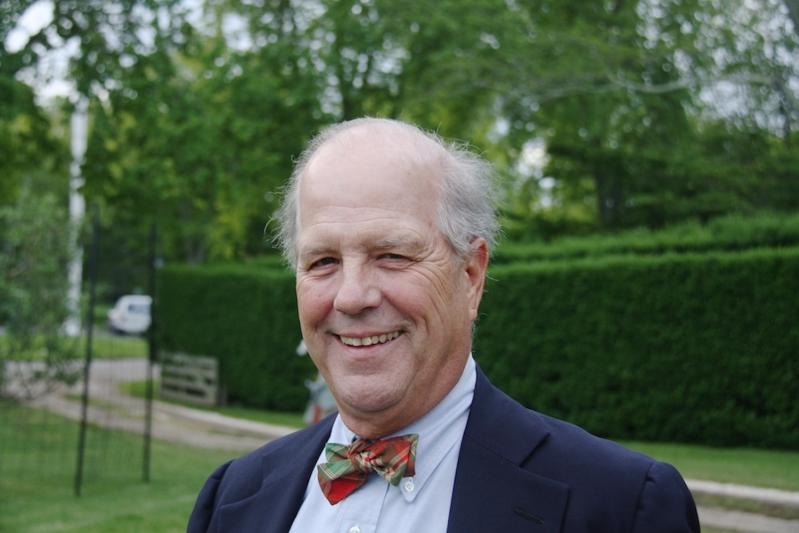 Mr. Graham, an incumbent trustee, would be the only member of the Fish Hooks Party on the ballot. In the race for two open seats on the board, he would face two first-time candidates running on Mr. Larsen's NewTown Party line -- Sarah Amaden and Carrie Doyle.

To appear on the village ballot, a candidate must garner 50 signatures of registered voters within the village. Mr. Graham submitted a nominating petition with 78 signatures; Mr. Larsen has objected to 38 of them for varying reasons. If his objection is successful, Mr. Graham's petition would only have 40 signatures, and he would be knocked off the ballot.

On the form sent to the Suffolk County Board of Elections, Mayor Larsen had to give a reason for his objections. The form lists 12 possible objections; someone on the mayor's team wrote in a 13th: "subscribing witness witnessed own signature -- entire sheet invalid."

Should that objection stand, it could affect a petition circulated by Mr. Graham's wife, Katherine, and another circulated by Maureen Bluedorn. There were 18 signatures combined on those two petitions.

In addition, Mr. Larsen claims that 10 of the signatures are invalid because residents not only signed Mr. Graham's petition, but also a petition for the NewTown Party candidates. A voter cannot sign two separate petitions for candidates running for the same office. He is challenging eight other signatures because they are "illegible" and two others because the voters were not registered in the village.

Should the board rule in Mr. Larsen's favor, Mr. Graham could wage a write-in campaign.

In 2020, Mr. Graham ran for mayor against Mr. Larsen and Barbara Borsack, a former village trustee.