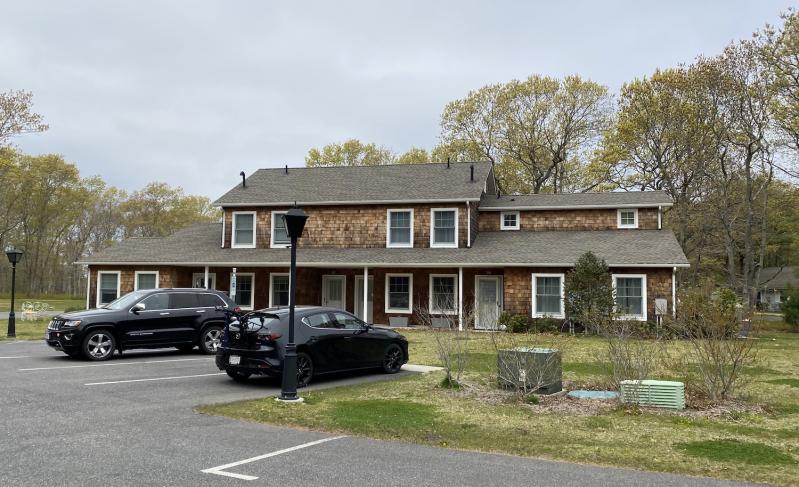 If voters approve a .5-percent real estate transfer tax in a referendum on the ballot in November, East Hampton Town will have what Supervisor Peter Van Scoyoc on Tuesday called "perhaps the most important tool" to address the scarcity of affordable housing.

The Peconic Bay Region Community Housing Act, co-sponsored by Assemblyman Fred W. Thiele Jr. and State Senator Anthony Palumbo and signed by Gov. Kathy Hochul last year, authorizes the five East End towns to establish community housing funds to be funded by the .5-percent tax, which would be in addition to the 2-percent transfer tax that subsidizes the community preservation fund.

Money from the community housing fund could be used to help first-time homebuyers who live in or work for the town with financial assistance in the form of a grant or loan. It could also be used to acquire property for housing offered for sale or rent; to create housing for sale or rent; to rehabilitate existing structures for conversion to housing; to provide financial assistance for housing in conjunction with a public-private partnership for employer-assisted housing, and for housing counseling.

The exemption applies only to transfers of $2 million or less. First-time homebuyers would be exempt from paying the transfer tax.

In order to act on the authority bestowed by the Peconic Bay Region Community Housing Act, each town must first develop its own enabling legislation. On Tuesday, Jennifer Nigro, an assistant town attorney, briefed the town board on a draft of that legislation.

Language from the state law was added to the town code pertaining to the existing Community Housing Opportunity Fund, she told the board. "Our proposed legislation essentially mirrors that law."

That fund "was out ahead of this legislation by decades in preparation for this day," Mr. Van Scoyoc said. "So we're really ahead of the game." Money in the existing Community Housing Opportunity Fund would be rolled into the new community housing fund, he said.

The enabling legislation would establish a Community Housing Advisory Board that would review and make recommendations regarding the Community Housing Opportunity Fund. Mr. Van Scoyoc likened that board to the town's Water Quality Technical Advisory Committee, a group that issues recommendations as to remediation projects worthy of funding with a portion of the C.P.F. The board would comprise between seven and 15 residents of the town who would serve without compensation. It would include a representative of each of the construction, real estate, and banking industries, and three representatives of local housing advocacy or human services organizations.

The plan will be discussed further next week, Mr. Van Scoyoc said, and the board would like the enabling legislation to be finalized and adopted by next month "so people are clear on what it is ahead of the referendum."

"It's important for people to understand that it will function much like the C.P.F. functions," the supervisor said, "in terms of the monies received [that] will be held in a fund for housing that will be administered by the finance department." The fund will be audited annually, he said, to ensure all expenditures are in compliance with the law.

"I think this is perhaps the most important tool the town will have to address the housing crisis," he said. It is "now up to us to pick up the baton and get this across the finish line so we can have a meaningful impact on addressing this crisis."

A public hearing on the proposed legislation will happen next month.