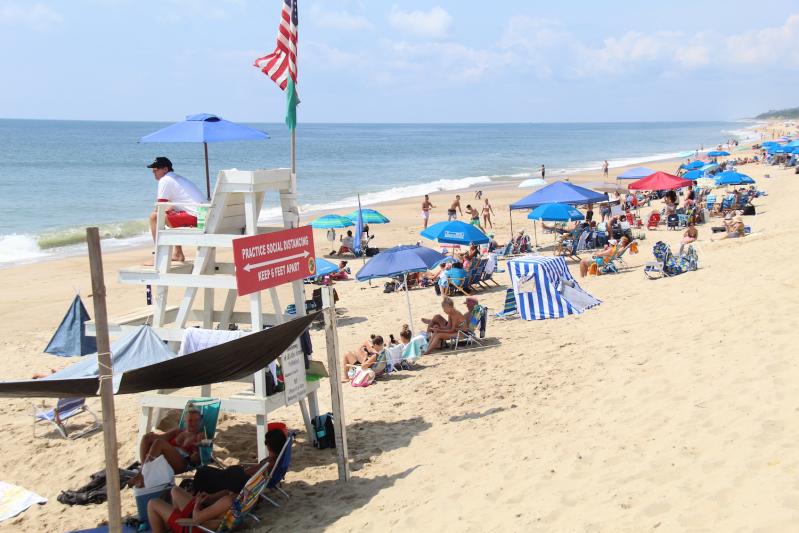 If a proposed town law passes, there will be no smoking of any kind allowed within 500 feet of lifeguarded areas at town beaches while guards are on duty.
Durell Godfrey
By Christopher Walsh

The East Hampton Town Board will hold a hearing next Thursday at 11 a.m. on banning smoking of all types within 500 feet of lifeguarded areas while lifeguards are on duty.

The smoking ban on town beaches would apply to tobacco and cannabis and would include vaping.

Earlier this year, Councilman David Lys told his colleagues that there has been an increase in cannabis smoking in particular on beaches. In January, the town's Beach, Parks, and Recreation Recovery and Advisory Group first recommended a ban extending 100 feet from the boundaries of protected bathing areas at guarded beaches during lifeguarded hours. In subsequent discussions, the board reached a consensus that a smoking prohibition should be extended to within 500 feet of lifeguard-protected areas.

Any code modifications pertaining to beaches outside of Montauk would also require the consent of the town trustees, who have jurisdiction over those beaches. At their meeting on Monday, the trustees voted unanimously to issue a letter of support for the proposed legislation, albeit with some concern that violators of the prohibition could distract lifeguards from their primary mission.