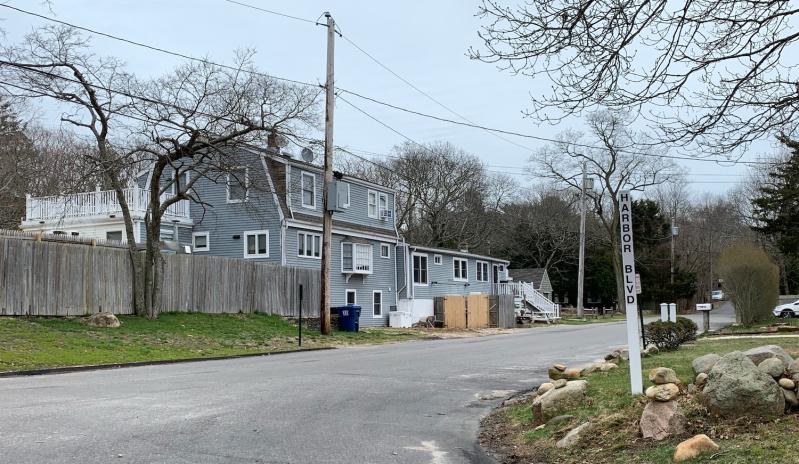 While fans of Rita Cantina eagerly await news of its reopening this year, the East Hampton Town Planning Board is reviewing a site plan that its members say does not adequately address a number of issues created by the two catering business that are also using the site.
Durell Godfrey
By Christopher Gangemi

Admonishing the owner of the Rita Cantina property at Maidstone Park in Springs to "be a good neighbor," the East Hampton Town Planning Board took a careful look at a site plan application for the property last month and found it "very deficient," in the words of the board's chairman, Samuel Kramer.

Rita Cantina, a "modern coastal Mexican" restaurant, opened last summer to rave reviews from patrons but its popularity — and the cars that came with it — combined with the fact that the new owner, Eric Miller, began to run two separate catering operations from the small parcel as well, left neighbors grumbling.

In August of 2021, Ann Glennon, the town's principal building inspector, sent Rich Gherardi of D and R Family Realty Group, L.L.C., which owns the property, a letter stating that the catering businesses were operating out of the establishment without a proper site plan, building permit, or fire marshal approval and were in violation of both East Hampton Town and New York State building codes.

Since then, Rita Cantina has been in and out of East Hampton Town Justice Court. An application seeking to rectify some of these issues was submitted to the planning board last summer, but had lapsed due to inactivity by the autumn. That application, with minor changes, was again in front of the board at its March 23 meeting.

The restaurant, at the site of the former Michaels', sits near the entrance to Maidstone Park, on a tiny, fully cleared lot that is zoned for neighborhood business despite its residential surroundings. Two residences are also squeezed onto the .16-acre parcel.

In reviewing the site plan, Eric Schantz, a senior planner for East Hampton Town, wrote that the "nature of the application was difficult to derive from the submitted materials." No floor plan for the restaurant was submitted, there was no parking layout or calculations, it was unclear how many residential units existed in the two buildings, or how many people resided in them, and a previous site plan contained several structures that were later removed from the property.

The biggest issue, however, was the proposed catering use at the site and the question of whether it was accessory to the existing restaurant business or a new business entirely.

The application referenced catering trailers, but how they would be used wasn't clearly articulated. Mr. Schantz noted that several companies owned by Marc Miller and Eric Miller were involved with the operation of the facility, one operating Rita Cantina, the other operating two businesses that are not located on the site. Regardless of whether Ms. Glennon deemed the new catering business an accessory to Rita Cantina seemed beside the point, said Mr. Schantz. "We feel the site is an inherently poor location for this increased intensity of use and would recommend that it not be permitted."

James Vlahadamis of Vlahadamis and Hillen spoke for the owners of Rita Cantina. He argued that in East Hampton, there are many restaurants where catering is considered accessory to the restaurant use. The only issue, as he saw it, was "trucks and trailers that come to the location to pick up the food and then deliver it." The food would be prepared on site by the head chef, Eric Miller, and taken to catering events. When the events were over, the garbage would be taken back to Rita Cantina. Mr. Vlahadamis estimated 12 catering events each week during the summer months.

Mr. Vlahadamis explained that Mr. Gherardi didn't know much about the septic system, but that there were two distinct systems, one for the restaurant, and one for the residential use.

As for parking, "There's not enough room on this property to have on-site parking; it just doesn't exist." The "local streets act as the parking areas" for the restaurant, said Mr. Vlahadamis.

Ian Calder-Piedmonte, a board member, said it was a "complicated application," and noted the conflicting information on the most recent site plan, the violations on the property, and neighborhood complaints, while also acknowledging that a restaurant "legally exists," at the location.

"The biggest issue here is the catering use," Mr. Calder-Piedmonte said.

Driving everything to a beach and bringing it back can be a significant endeavor, he said. "I have some real concerns," about how that operation is going to fit at the site. "We need a lot more information explicitly addressing what's going to be there, what's going to be removed, and how it's going to operate."

Mr. Kramer cut to the chase. "The point is that you're imposing on a residential neighborhood to a degree that never happened before," he said. "The people who live there now have to endure trucks to facilitate a catering operation that never existed before."

A restaurant existed at the property for many years and worked fine, Mr. Kramer said, "but now it doesn't. You're in the justice court because it doesn't, and you're here before us because you have issues that need to be resolved. And they have to be resolved quickly," he said.

Sharon McCobb, another board member, remembered living in Springs, and how the residents appreciated Michaels'. "Unfortunately, this has turned into a bit of a zoo. The catering has just thrown it over the top," she said.

Mr. Vlahadamis argued that the catering trucks "are everyday trucks." They pull a 15-foot enclosed trailer to the catering venues. They are owned by the employees who do the work, not the restaurant.

Mr. Kramer was adamant. "Your operation is bringing trucks back and forth. For someone living in the neighborhood, they're not going to say, 'Oh, that truck isn't owned by the restaurant, it's okay.' What you have to consider is the impact on the community. Trucks coming and going is significant and it has to be addressed."

One neighbor, Martin Drew, wrote a long letter to the board. He advocated for the lot to be purchased with community preservation money as there is no parking available to even operate the standing restaurant, let alone an expanded use.

"Reel it back in to what it was or start the process of acquisition to destroy it, and put a park bench there," was his suggestion.

A Conference for Young People to Create Solutions
Get Outside, Get Moving
Two Traditions, One Fair in Springs
END_OF_DOCUMENT_TOKEN_TO_BE_REPLACED