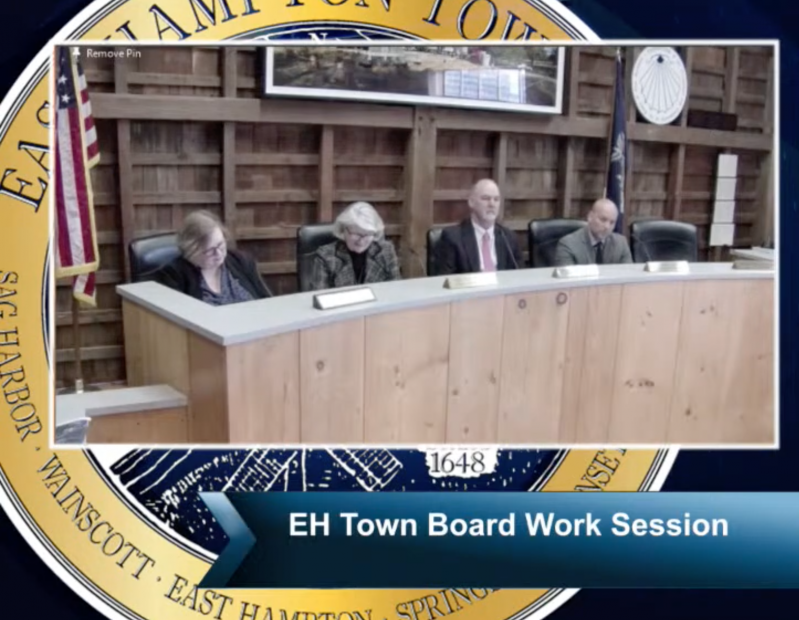 Covid-19 pandemic-era exceptions to New York State’s Open Meetings Law, which allowed meetings to be held, and the public to participate, via video conference, can be made permanent, thanks to changes adopted with the state’s 2022-2023 budget.

Under new Open Meetings Law provisions, all state and local public bodies are allowed to use video conferencing to conduct “hybrid” public meetings, enabling both in-person and remote participation. To do so, however, a county, city, town, or village’s governing body must pass a local law, following a public hearing, authorizing the use of video conferencing.

Permanent legislation must also ensure the ability of the public and the media to directly access government officials in person, according to a statement issued Monday by Assemblyman Fred W. Thiele Jr., who is chairman of the Assembly Committee on Local Governments. The public body will also have to establish written procedures governing member and public attendance consistent with state law, with those procedures conspicuously posted on its website.

Where hybrid meetings are authorized, at least a quorum of the public body must be physically present at the meeting. Members may participate remotely, as set forth in the local law or resolution and written procedures, when extraordinary circumstances prevent them from being physically present. Such circumstances can include disability, illness, caregiving responsibilities, or any other significant or unexpected factor that precludes physical attendance.

Should a public body pass a new law authorizing hybrid meetings, the current authority to hold virtual meetings without an in-person component will continue for 60 days after the effective date of the new law. After the 60-day transition period, virtual meetings may only be held during a state of disaster or emergency declared by the governor, or a local state of emergency proclaimed by the chief executive of a county, city, village, or town, if it is determined that the circumstances would affect or impair the ability of the public body to hold an in-person meeting.

Last fall, the Assembly held a hearing on how best to retain the benefits of public participation once the declared emergency was over.

In East Hampton Town, as elsewhere, public participation in government meetings has been enhanced by the use of video conference technology during the ongoing pandemic. Supervisor Peter Van Scoyoc has expressed his support for the hybrid format on multiple occasions. Last month, on the same day that he rescinded a state of emergency declaration and accompanying executive orders, he said that he hoped that the state would make permanent the allowance of hybrid meetings. “I wholeheartedly support amendments to the Open Meetings Law,” he said on April 5, citing a “fantastic” opportunity for the public to participate in a meeting without having to appear in person. Such a format would save time, reduce the use of fossil fuels in transportation to and from a meeting, and improve access for those with physical challenges, he said.

“I’m thrilled,” Glenn Hall, chairman of the town’s Disabilities Advisory Board, said on Monday. “This is equal rights — civil rights for people with disabilities.”

LTV, East Hampton’s public access TV station, has been instrumental in allowing remote participation in the town’s government meetings throughout the pandemic. “This is great news for the community,” Michael Clark, its executive director, said on Monday. “The pandemic has been horrific for many and a challenge for all. With that said, one of the things we have learned along the way is that we must do things differently to meet the ‘new normal.’ This decision is a great example of that. Anything we can do to improve communication is important for all of us. I’m sure that will be the public consensus when it is open for comment. Then, I hope the local government will act quickly to pass a local law to make it a reality in the Town of East Hampton.”

The state’s Committee on Open Government is to issue a report concerning the application and implementation of the new law and any further recommendations governing the use of video conferencing by public bodies to conduct meetings no later than Jan. 1, 2024.

A Conference for Young People to Create Solutions
Get Outside, Get Moving
Two Traditions, One Fair in Springs
END_OF_DOCUMENT_TOKEN_TO_BE_REPLACED