Struck down one day, reversed on appeal the next 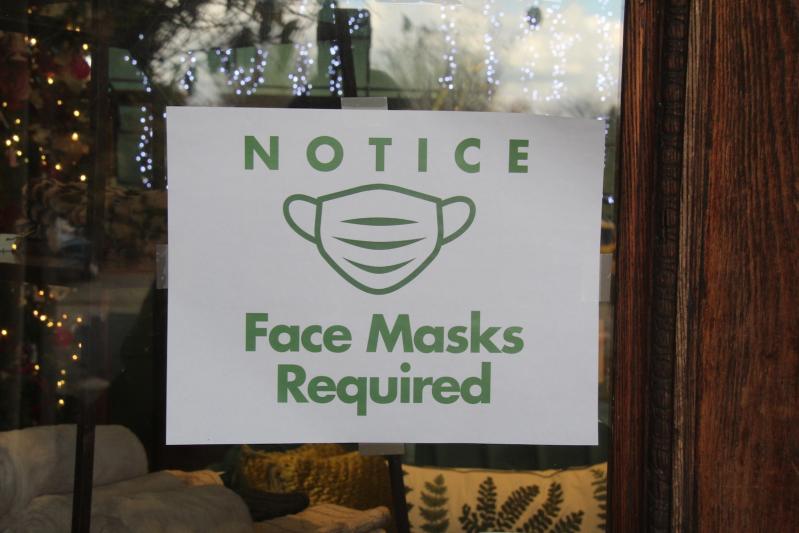 The politicization of masks and mask mandates to protect public health against the ongoing Covid-19 pandemic was manifested on Long Island this week, with a New York State Supreme Court judge in Nassau County ruling on Monday that Gov. Kathy Hochul’s mandate that masks must be worn in public places when social distancing cannot be maintained is unconstitutional. The announcement threw school districts into confusion as to whether they could enforce a mask mandate on Tuesday and going forward.

The governor proved prescient on Tuesday, however, foreseeing a quick reversal of the ruling on appeal. Within hours of that prediction, Justice Robert Miller of the Supreme Court’s Appellate Division, Second Department, issued a stay that temporarily blocked Monday’s ruling. Another hearing is scheduled for tomorrow.

Judge Thomas Rademaker wrote on Monday that at issue was not a challenge to any executive order issued by the governor, but rather a challenge, by parents of school-age children, to the enactment of a rule promulgated on Dec. 10 by Mary T. Bassett, the state health commissioner.

“To be clear, this court does not intend this decision in any way to question or otherwise opine on the efficacy, need, or requirement of masks as a means or tool in dealing with the Covid-19 virus,” Judge Rademaker wrote. “This court decides only the issues of whether the subject rule was properly enacted and if so whether same can be enforced.” The mask mandate, he said, “was promulgated and enacted unlawfully by an executive branch state agency, and therefore void and unenforceable as a matter of law.”

The governor issued a statement following the ruling. “My responsibility as governor is to protect New Yorkers throughout this public health crisis, and these measures help prevent the spread of Covid-19 and save lives,” she said.

Speaking in Syracuse on Tuesday, she said that “We disagree 100 percent with the conclusion of the judge who, in his opinion, thought that the Department of Health did not have the authority to protect public health.” With new cases of Covid-19 infection falling after the Omicron variant of the virus brought yet another surge of transmission, she encouraged parents to “continue doing what they’re doing, because the last thing I want to see is a different trend because people gave up on the masks. . . . I don’t want to keep any requirements for safety in place a day longer than necessary, but I will not do it a day before we can do it safely. That is my commitment.”

The state’s schools are open, the governor said, precisely because of the safety protocols in place, including the wearing of masks.

Shortly after taking office earlier this month, Nassau County Executive Bruce Blakeman signed an executive order giving local school boards authority to make the wearing of masks optional. Representative Lee Zeldin, a fellow Republican who is seeking his party’s nomination for governor, has made opposition to mask and vaccine mandates a core principle of his campaign. In a Jan. 19 email soliciting campaign donations, he wrote that on his first day as governor, “I’m going to remove ALL Covid-related mask and vaccine mandates that we’ve already seen bring so much unnecessary harm to New Yorkers.” On Sunday, he and Mr. Blakeman appeared together at a rally outside the latter’s office in Mineola.

“We did it!” Mr. Zeldin said in a statement on Monday. “Honored to have fought side by side with small-business owners, parents, elected officials like Nassau County Executive Bruce Blakeman, and so many others in fighting for common sense, freedom, and the full science as opposed to just partial science.”

But the sitting governor had the last word, at least for the moment. “I commend the attorney general for her defense of the health and safety of New Yorkers, and applaud the Appellate Division, Second Department, for siding with common sense and granting an interim stay to keep the state’s important masking regulations in place. We will not stop fighting to protect New Yorkers, and we are confident we will continue to prevail.”

Statistics issued by the governor’s office on Tuesday showed a continuing downward trend in new Covid-19 infections and hospitalizations. Statewide, new hospital admissions are down 25 percent from last week. “Finally — finally — our health care workers in some parts of the state can take a breath,” the governor said in announcing falling hospitalizations.

The statewide seven-day average of positive infections fell below 10 percent for the first time in months, standing at 9.69 percent on Tuesday. The daily positive rate was 9.64 percent — 12,484 new cases, from 90,132 on Jan. 7. “An 86-percent drop in two and a half weeks,” the governor noted.

Long Island’s seven-day average of cases per 100,000 of population continued a steady decline, falling to fewer than 100 on Sunday and continuing downward to 93.7 on Tuesday, from a high of 423.4 on Jan. 5. The seven-day average stood at 11.32 percent.

In Suffolk County, the seven-day average on Monday was down to 12 percent, and the daily average of positive tests compared to total tests reported was 11 percent. Just 737 of the 6,688 tests reported countywide for Monday were positive. At the high point on Jan. 7, Suffolk County had 6,992 new cases of the 26,470 test results reported, a daily infection rate of 26.4 percent.

In East Hampton, 4,397 residents had tested positive for Covid-19 as of Tuesday, or 201.28 cases per 1,000 people, according to the Suffolk Department of Information Technology. Both statistics are the third lowest among the county’s 10 towns.

The governor said that she is “still surprised and disappointed that we don’t have more children vaccinated above the age of 5.” Just 26 percent of 5-to-11-year-olds have completed a vaccine series, she said. “Now there’s no reason not to be vaccinated. No reason not to be boosted. No reason not to understand that the masks are making a difference. And that’s why we’re focused on all these tools. The winter surge is not over, but we are in a far better position to deal with it.”

A Conference for Young People to Create Solutions
Get Outside, Get Moving
Two Traditions, One Fair in Springs
END_OF_DOCUMENT_TOKEN_TO_BE_REPLACED