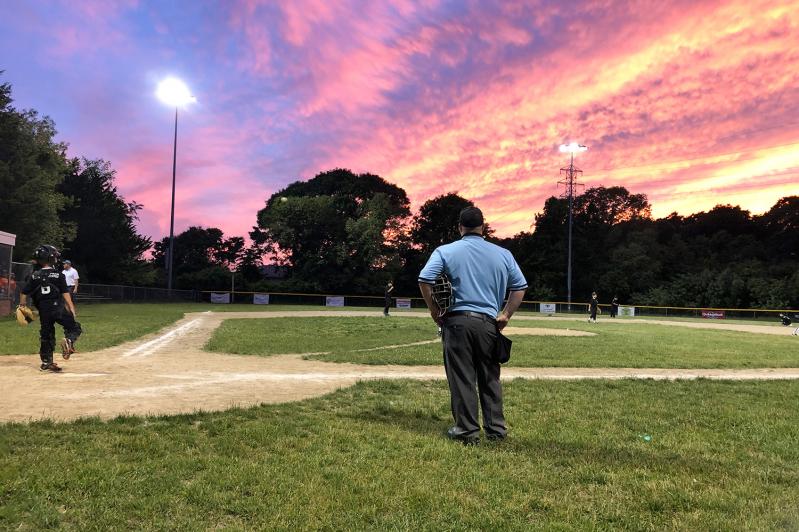 East Hampton’s Little League fields on Pantigo Place, seen here during a game in 2019, are to be relocated to make way for Stony Brook Southampton Hospital’s freestanding emergency department and imaging and diagnostic center
Carissa Katz
By Christopher Walsh

Members of the East Hampton Town Board agreed last week that the Little League fields that are to be relocated from 400 Pantigo Place in East Hampton to 110 Stephen Hand’s Path should be state-of-the-art playing fields comparable to those in larger municipalities to the west, although some amenities may not be included initially.

The fields are to be relocated to make way for Stony Brook Southampton Hospital’s freestanding emergency department and imaging and diagnostic center, for which the town board previously approved a lease with the Southampton Hospital Association. The association is responsible for the removal and demolition of the existing fields and has pledged up to $1.7 million toward the construction of two new lighted ball fields and associated amenities.

The town board bonded for $80,000 for the design and hired L.K. McLean Associates to begin that phase of the work in November 2020.

Councilman David Lys and Tim Garneau, the chairman of the relocation committee that was appointed in 2018, told the board on Jan. 18 that a July 2021 estimate of $2.93 million for construction had been revised the following month and now stood at $2.78 million. Bleachers will remain in the construction plan, but an initial plan for bleachers with molded seats will not. Also slated for elimination, at least for the time being, are a shade pavilion, electronic scoreboards, and certain hard landscaping materials.

The fields will be constructed at the site of the former Child Development Center of the Hamptons, where multiple recreational fields are already in use and a public restroom and parking field can be upgraded and expanded.

“Originally, we were creating two fields to replace the two being lost,” Mr. Garneau said. “Now, the fields have been integrated into the entire site,” with the goal of “making a parks and recreation campus, where young and old can recreate,” a “true community center.”

The fields will also include dugouts, batting cages, and a storage shed. One is to include a synthetic turf infield and outfield and a fence around the outfield’s perimeter, 200 feet from home plate. The other will be entirely synthetic turf with multi-distance base lengths to accommodate different levels of play, and outfield fences at 210 feet in left and right fields and 225 feet in center field.

The board must approve a final design for the fields, send it to the planning board for comment, and complete an environmental review under the New York State Environmental Quality Review Act. It would then bond for the additional cost and issue a request for proposals for construction.

Mr. Lys said this week that construction could begin as soon as the spring and could take around eight months to complete, depending on weather conditions.