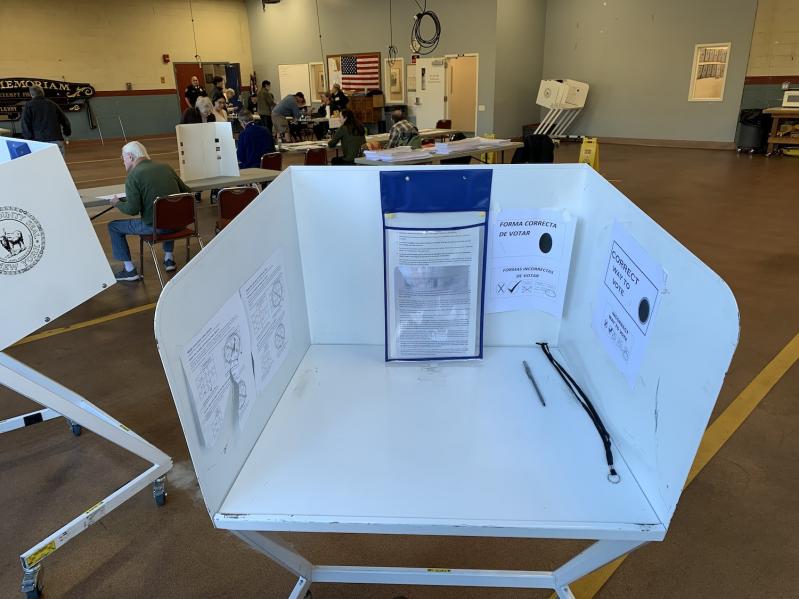 In state and congressional races on the East End of Long Island, Republicans were largely the winners, with unofficial results posted after midnight on election night giving Nick LaLota the win over Suffolk County Legislator Bridget Fleming in the First Congressional District and State Senator Anthony Palumbo fending off a challenge from the Democrat Skyler Johnson, while Assemblyman Fred W. Thiele Jr., a Democrat, was returned to Albany for yet another term.

A community housing fund proposition passed in East Hampton, Southampton, and Southold Towns, but was narrowly defeated on Shelter Island by just eight votes, according to unofficial results from the Suffolk County Board of Elections.

Democratic Gov. Kathy Hochul appears to have beaten back a challenge from Representative Lee Zeldin to hold onto her seat, winning 52.7 percent of the vote to his 47.3 percent, a far narrower win than early polls had projected.

It wasn't until after midnight on election night that the Suffolk County Board of Elections begin to report results of the 2022 general election vote.

The Peconic Bay Region Community Housing Act, signed into law last year, authorized the five East End towns to establish community housing funds to be funded by that transfer tax. If passed, it will become operational in January.

Should passage become official, buyers of a property would pay the .5-percent transfer tax, with the first $400,000 exempt up to $2 million, beyond which the full purchase price would be taxable. First-time home buyers would be exempt. Money could be spent to buy land and buildings, fund town-led or public-private construction projects for sale or rent, rehabilitate existing buildings, provide down payment and other financial assistance to buyers, offer loans to construct accessory dwelling units, create housing for employees of local businesses, purchase individual units within existing multi-unit housing complexes, and offer housing counseling.

In another ballot proposition, New York State voters apparently authorized the Clean Water, Clean Air, and Green Jobs Environmental Bond Act of 2022. According to the State Board of Elections website, with 12,073 of 14,296 elections districts reporting in the early hours of yesterday, the proposition was passing with 58.98 percent in favor against 28.3 percent opposed.

If that result stands, the act will authorize the sale of New York State bonds up to $4.2 billion to fund environmental protection, natural restoration, resiliency, and clean energy projects to reduce the impact of climate change. Capital projects that could be funded include restoration and flood risk reduction (at least $1.1 billion), open space land conservation and recreation (up to $650 million), climate change mitigation (up to $1.5 billion), and water quality improvement and resilient infrastructure (at least $650 million).