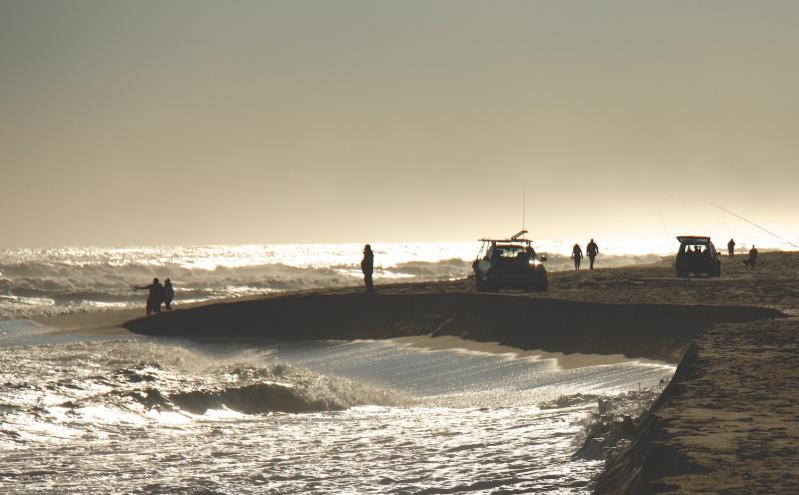 Months after the East Hampton Town Board approved a resolution to revoke all beach driving permits previously issued by the town clerk’s office and declare that no permit issued before or after that resolution confers the right to drive on the 4,000-foot stretch of ocean beach at Napeague popularly known as Truck Beach, the clerk is again issuing beach driving permits to eligible applicants.

The town subsequently mailed a postcard to all permit holders notifying them of the revocation of their existing permits. Recipients were to keep the card as a temporary new beach permit, pending issuance of new beach driving stickers.

“Those who received temporary permits expiring at the end of 2022, after the town was forced earlier this year by a court order in the Truck Beach case to rescind previous permits, may check with the clerk’s office about their new permit sticker,” reads an Oct. 20 message on the town’s Instagram account. “There is no beach driving allowed on Truck Beach in Napeague.”

The Appellate Division’s February 2021 ruling reversed a decision in favor of the town and trustees in a 2016 trial, which found that the trustees’ 1882 conveyance of some 1,000 acres on Napeague to Arthur Benson included a reservation allowing the public to use the homeowners associations’ portion of the beach for fishing and fishing-related purposes. But the Appellate Division ruled that the reservation did not confer on the town and trustees authority to issue permits allowing the public to drive and park vehicles on any portion of the beach owned by the homeowners’ associations.

Dan Rodgers, an attorney representing 14 town residents who were issued summonses for trespassing during an October 2021 protest at the beach, promised more activity there when his clients’ charges were dismissed in Southampton Town Justice Court last month.

As no property owner filed a complaint against the trespassers, who had driven a convoy of trucks and a dory across the beach during June and October 2021 protests, “one can only surmise that they agree with us, that the reservation stands, and it gives each and every resident of the Town of East Hampton the right to be on that beach if you’re engaged in any kind of fishing activity,” Mr. Rodgers told his clients. “We will be having more actions, so to speak, on the beach in the coming weeks and months.”

Among these, he said, will be the “Stuart Vorpahl Sunday Afternoon Truck Beach Fishing Clinic,” named for the late bayman, town trustee, and defender of public access rights, which Mr. Rodgers said would be held at the beach beginning in the spring.