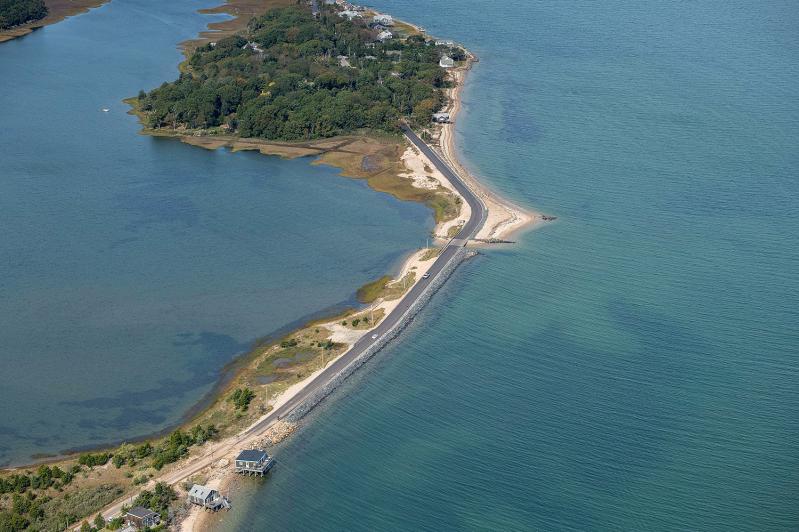 Flood insurance rates are about to rise for many policyholders — in some cases, dramatically — while falling for others, when the Federal Emergency Management Agency's new system for setting premiums takes effect tomorrow.

Risk Rating 2.0, as the program is known, reflects newer technology and mapping data, and is intended to correct the 53-year-old system in which low-risk policyholders effectively subsidize those at greater risk. This is the first change in the program since it began.

People buying flood insurance for the first time will pay the new premiums starting tomorrow. Rates for existing policyholders will rise as of April 1, 2022.

With Risk Rating 2.0, FEMA, which runs the program, "continues its efforts to take one significant step forward in our commitment to equity and climate change," David Maurstad, the program's senior executive, said Friday on a call with journalists. At the time of policy renewals, he said, "We are preparing to deliver premium rate decreases."

This will apply to almost one-quarter of the program's policyholders, and represents "a monumental step in communicating flood risk commensurate with properties' unique risk." It corrects "longstanding inequities in the current pricing scheme," Mr. Maurstad said. "We can no longer continue to ignore the fact that some policyholders have been unjustly subsidizing others. Those paying more than they should will no longer pay the cost of higher homes who have been paying less than they should."

On Long Island and in other coastal areas, particularly in Florida, increases are far more likely than reductions. The old rating system combines flood zones across many geographic areas and calculates expected losses for groups of buildings that are similar in flood risk and structural aspects, assigning the same rate to all policies in a group. Under Risk Rating 2.0, a property's premium will be calculated based on specific features, including foundation type, the height of the lowest floor relative to base flood elevation, and replacement cost. It will incorporate a broader range of flood frequencies and sources, as well as variables such as distance to water, type and size of nearest water bodies, and elevation of the property relative to the flooding source.

"We're moving away from the 1970s' rather static measurement of just looking at elevation within a zone on a flood insurance rate map," Mr. Maurstad said, "and now incorporating a number of flooding variables." Among them are "multiple flood frequencies, multiple flood types" -- including those resulting from the storms and heavy rains that are increasing in the eastern United States -- as well as "property characteristics such as elevation, and cost to rebuild, which has not been part of the way we've looked at risk before, which led to the inequity that lower-value homes were paying more than they should."

A premium rate increase is capped at 18 percent annually, a so-called "glide path" intended to reduce sticker shock as rates move to accurately reflect risk. The flood insurance program is expected to see a significant shortfall as rate changes are phased in.

About 1 percent of policyholders will reach their full risk rate in the first year of its implementation, Mr. Maurstad said. "We're estimating, at today's circumstances, that by year five about 50 percent of our policyholders will have reached full risk rate, around 90 percent at 10 years, and then that last 10 percent is going to be beyond 10 years -- some will approach 20 years. Those who are that mismatched on price versus risk will take a relatively long time on the 18-percent glide path to reach their full risk rate."

In New York State, FEMA expects slightly more than 117,000 policyholders to see higher premium rates under Risk Rating 2.0, with 54,000 seeing an immediate decrease. Around 11,350 will see a first-year increase of more than $240.

The National Association of Realtors, the Pew Charitable Trusts, and advocacy groups including the Natural Resources Defense Council and Taxpayers for Common Sense have endorsed Risk Rating 2.0.

Politicians' general aversion to delivering bad news to constituents is reflected in letters this month from 38 members of the House of Representatives to House leadership, and to Deanne Criswell, FEMA's administrator, from nine senators, including Charles Schumer and Kirsten Gillibrand of New York. Both letters seek further delay of Risk Rating 2.0's implementation.

"While we appreciate FEMA's work to create an NFIP that establishes actuarily sound rates," reads the representatives' letter, "we are concerned about the burden of potential double digit rate hikes on our constituents by FEMA's untested pricing methodology. Therefore, we ask you to include language delaying the unfair implementation of Risk Rating 2.0 in any piece of legislation going to the floor this month until a more robust methodology that includes a lower premium cap is in place for policy holders."

The senators "urgently request" that Risk Rating 2.0 be delayed. "It is our understanding that internal analysis shows that FEMA estimates roughly 900,000 policyholders, or nearly 20 percent of all policyholders, will drop out of the program over the next 10 years in large part due to unaffordable premiums under Risk Rating 2.0," they wrote.

FEMA, Mr. Maurstad said, "is sensitive to concerns and calls for delays. This is why this past March the decision was made to build in a six-month delay until April 1, 2022, on all premium increases. We deliberately took the approach to allow policyholders time to understand the change and prepare for adjustments."