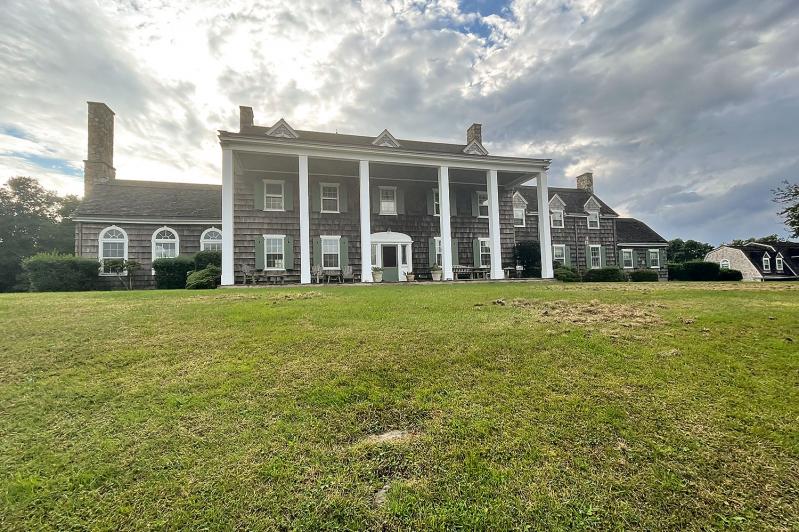 Residents of Montauk spoke enthusiastically last Thursday as the East Hampton Town Board held a public hearing on acquiring the Dutch colonial manor house that once belonged to Carl Fisher, who purchased 10,000 acres in the hamlet in 1925 with the intention of making Montauk the "Miami Beach of the north."

The town would use $5.5 million from the community preservation fund to acquire the 7.5-acre property, at 44 Foxboro Road, which it would then designate a historic landmark.

Apart from Second House, Third House, and the Montauk Lighthouse, "I can't think of a property more worthy of that designation," said Dick White Jr., treasurer of the Montauk Historical Society, in urging the acquisition. The house, built in the 1920s when Fisher was "reshaping the character of Montauk from windswept moorland" to "tourist mecca," should be used, he said, "to allow future generations to get a glimpse and feel of how beautiful and wild Montauk was."

The house is "a cornerstone of the Montauk community," said Stephanie Krusa, the historical society's president, also citing the many other Fisher-built structures and attractions in the hamlet. There has not been a developer of greater importance to Montauk than Carl Fisher, she said, given its extensive growth following his arrival. Fisher was "a visionary" who was "remarkably prescient about what was to come," Ms. Krusa said, adding that the society "would be very happy to discuss a possible role" in the site's management following the acquisition.

Carl Fisher died in 1939. The New York Times reported in February 1956 that his widow had sold the estate to Robert Akin, and it has belonged to the Akin family since that time. "The late Mr. Fisher built the main dwelling in 1927 at a cost of $180,000," The Times reported. "It was from plans by Schultz and Weaver, architects who designed the present Waldorf-Astoria and Pierre Hotels in New York. The property is reported to have been sold in the present transaction for $50,000."

George Biondo, an attorney who is representing the Akin family in the transaction, called in to the virtual meeting to tell the board that his clients are "delighted with the prosect" of the town and the historical society "taking over this property, which they have painstakingly preserved . . . We are only too happy to enter into agreement with the town, to sell it to the town for preservation."

David Freudenthal, chairman of the board of Concerned Citizens of Montauk, also called to support the acquisition, saying that it would help to protect the hamlet's only major groundwater recharge area east of Hither Hills.

The board also held a public hearing on the acquisition of .3 acres of developed land at 21 Muchmore Lane, adjacent to Herrick Park in East Hampton Village, for $2.75 million of C.P.F. money. Mayor Jerry Larsen and Deputy Mayor Chris Minardi both called in to support the purchase. "Due to the limited size of the village," Mr. Minardi said, "it's rare that we get an opportunity to acquire such a special piece of property."

Jaine Mehring, who lives in Amagansett, called to voice several concerns about the acquisition. She cited "growing private interest in Herrick Park," which "seems in transition from a park into a heavily used event venue, which I do not see as consistent with C.P.F. priorities." The seller is only identified as "Mahogany Fretboard LLC," demonstrating a lack of transparency, she said.

At one-third of an acre, the price tag equates to more than $8 million per acre, Ms. Mehring said. "I know land is expensive, but maybe we should be keeping some of this powder dry for others."

Also at the meeting, the board voted to acquire seven acres of a 14-acre parcel off Abraham's Path in Amagansett, which is to be the site of a new senior citizens center, for $1.63 million. The parcel is adjacent to existing town property that includes the Terry King Ballfield.

The board also voted to accept donations totaling $302,500 for the Lars Simenson Skate Park in Montauk. Earlier this month, the board heard from consultants and saw final conceptual designs for a renovated and expanded park.