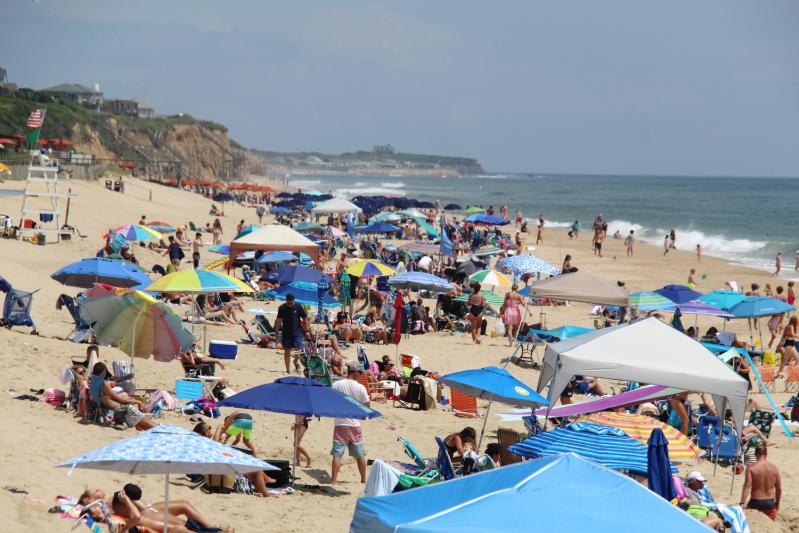 The United States Department of Labor has ordered Dune Resorts L.L.C. and Ocean Bay Management, commonly held hotel management companies based in East Hampton, to pay $210,000 in back wages and penalties for violating terms of the H-2B guest worker visa program in 2017 and 2018.

The violations resulted "in direct job losses to 39 U.S. workers and underpayments to 59 H-2B employees," the Department of Labor said in a release issued on Thursday.

In a statement on Monday, Dune Resorts characterized the violations as largely "technical," and said that "a three-year analysis by the Department of Labor, beginning in August of 2018, failed to locate meaningful deficiencies in our responsible commitments to Federal Employment Law."

"Local businesses such as ours had already been experiencing significant staffing challenges prior to the Covid-19 crisis," Dune Resorts wrote. And yet, "For calendar years 2019 and 2020, we received no reports of deficiencies by the D.O.L."

The H2-B visa program allows employers to temporarily hire workers from outside the country to meet "seasonal need, peak-load need, or intermittent need," according to the department, but it requires employers to attest that the wages offered to temporary foreign employees are equal to or greater than the "highest of the prevailing wage, applicable federal minimum wage, the state minimum wage, or local minimum wage." To protect U.S. workers, the program also requires employers to show that they have given resident workers "a fair shot at finding and applying for jobs" for which H-2B workers are being sought.

"The failure by these employers to follow the rules short-changed both U.S. and guest workers, denying job opportunities for the former and proper compensation for the latter," David An, district director of the Wage and Hour Division in Westbury, said in the department's release.

Jeffrey Rogoff, regional solicitor of labor in New York, said that employers who "flout the rules" of the visa program "not only harm workers, they also gain an unfair economic advantage over law-abiding employers."

Among the properties overseen by Dune Resorts are the Hermitage, the Beach Comber, Sea Crest, Windward Shores, Sun n' Sound, Born Free Suites, and A Wave Inn in Montauk and the East Hampton House in East Hampton. Ocean Bay Management's portfolio of properties includes the Breakers, the Surf Club, the Beach Plum, and 15 Ditch in Montauk, as well as Ocean Dunes in Amagansett and the Driftwood on Napeague.

The Department of Labor's Wage and Hour Division, which is responsible for enforcing the H2-B requirements, found after an investigation by its Long Island district office that Dune Resorts did not contact U.S. workers employed at the resorts in previous seasons before seeking foreign workers and "omitted critical benefits from required job recruitment ads, in violation of program requirements," according to the department, resulting in "a sharp drop in the overall number of U.S. workers employed by Dune Resorts." Thirty-eight former U.S. workers were passed over in favor of H2-B workers as a result, according to the Labor Department.

In 2018, Dune Resorts said, it had offered U.S. workers the opportunity to return "provided they met minimum performance requirements during their 2017 season." Those who did not were not offered positions. Dune Resorts said that the Department of Labor required the management company to "make payments" to 2017 employees the company "attempted to rehire" but who "chose not to return," 2017 employees it "attempted to make contact with," and 2017 employees it did not offer to rehire because their job performance had been "lacking."

"We provided both visa and non-visa employees with subsidized housing, when the D.O.L. did not authorize us to do so," Dune Resorts wrote on Monday. "The Prevailing Wage Rates issued did not offer a wage rate that afforded the short-term housing options available locally, and as such, required we subsidize housing costs for our employees."

The company further said that it had offered all its employees, regardless of visa status, "the opportunity for overtime hours, at overtime rates of pay," though the Department of Labor had not authorized this. This again was a "technical violation" of the visa program, the management company said. It had applied for additional visas, but caps on the program limited the number of foreign workers it could get. "As such, to meet the demands of the organization, overtime hours at overtime rates of pay were incurred."

As for the charges of visa employees working outside of approved job classifications, these too were "technical" in nature, the company said, and might have been for something as simple as an employee hired to work in the laundry having "stepped out of the laundry room to walk fresh linens to a hotel room, a task that falls under the 'housekeeping' . . . job description."

In a settlement approved by the Department of Labor's Office of Administrative Law Judges, Dune Resorts will pay employees $121,567 in back wages and will pay $32,454 in civil penalties to the Department of Labor. "Ocean Bay Management will pay $23,523 in back wages and $32,454 in penalties," the department said. "They will also hire a third-party contractor to assist them in complying with the H-2B regulations, including training for owners and managers."

Dune Resorts has been barred from using the H2-B program for two years.

"Seasonal East End employers operating workforces of a similar scale face unique staffing, housing, and immigration compliance challenges," Dune Resorts said on Monday, adding that it will continue to "seek every opportunity to work with local authorities to improve these operating conditions."

Despite the challenges of the labor and housing markets, Dune Resorts said, "more than 82 percent" of its staff is "based locally" and lives full time, year round in the community. Nevertheless, the company remains "reliant on the H2-B program as a conduit to supplement our staffing infrastructure, so we can best perform the services our customers have come to expect of us."