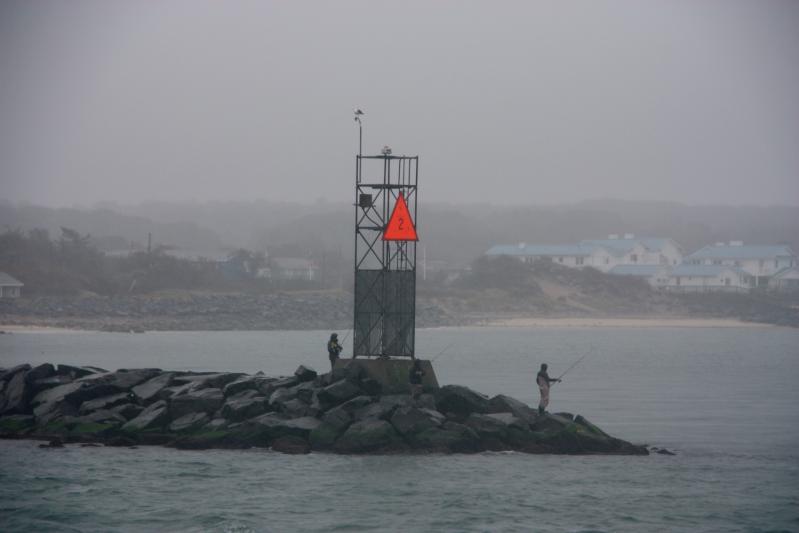 East Hampton Town was not responsible for erosion caused by the jetties at Montauk Harbor, the United States Court of Appeals for the Second Circuit decided last week, reaffirming a 2019 decision.
Durell Godfrey
By Christopher Walsh

A panel of three federal appellate judges last week reaffirmed a 2019 decision by United States District Judge Joanna Seybert dismissing all claims against the town and the federal government in connection with erosion caused by the jetties at Montauk Harbor.

The Sept. 7 decision, which is final, was rendered by the United States Court of Appeals for the Second Circuit and effectively ends the 11-year litigation that originally included the federal Army Corps of Engineers, New York State, Suffolk County, and the New York State Department of Environmental Conservation as co-defendants with the town.

In Cangemi et al. v. Town of East Hampton, property owners along Captain Kidd's Path and Soundview Drive in Montauk's Culloden Shores neighborhood claimed that the town was responsible for the erosion to their properties that was exacerbated by the jetties on either side of the inlet to Lake Montauk. The plaintiffs prevailed in a 2018 jury trial, and seven property owners among the 11 plaintiffs were awarded $356,000 in damages. Judge Seybert's March 2019 dismissal of the lawsuit, which was originally filed in 2010, overruled the decision and the damages.

The town had requested at various stages to have the claims dismissed as it has no control over the jetties, which constitute a federal navigation project. Although Judge Seybert dismissed the federal claims against the town at an early stage, she permitted state common law claims for public and private nuisance and trespass to proceed to trial, according to a statement issued from Town Hall last Thursday.

A jury awarded the plaintiffs damages for private nuisance and trespass in the June 2018 trial, but rejected their claims for public nuisance. The town's outside counsel argued before, during, and in post-trial motions that the town is not responsible for erosion caused by the jetties.

Following post-trial briefings, the district court agreed and dismissed all claims against the town in March 2019. Judge Seybert found that the town lacked the requisite control and intent necessary to be held responsible for the erosion and that the town's actions were reasonable because the jetties were necessary and served a greater public good, the plaintiffs bought their properties long after the jetties were built, and the town attempted to work with the plaintiffs to address the erosion.

The plaintiffs appealed the post-trial decision in favor of the town as well as a prior holding that dismissed the claims against the Army Corps of Engineers on sovereign immunity grounds.

The Second Circuit affirmed the decision last week, holding that although the town technically owns the property underneath the jetties, it is not responsible for them because the federal government maintains exclusive control over the area. It also found that the plaintiffs "presented no evidence at trial that the town knew or had any reason to believe that the jetties would cause erosion to the private beaches to the west of the jetties" when the town relinquished control of the jetties in 1942.

The Army Corps of Engineers plans to deepen the Lake Montauk harbor channel as part of a proposed enhanced navigation project, which the town supports. Dredged, beach-compatible sand would be placed on the shore immediately west of the inlet.

The Second Circuit decision, Supervisor Peter Van Scoyoc said on Tuesday, "ended 10 years of highly contested litigation." He said that he was "very pleased that that's taken place," ending the matter "with a resounding victory for the town," which he said has important implications for future erosion issues. In an earlier statement, he said that "The jetties serve a tremendously important function in maintaining Montauk Harbor, an important commercial fishing port, and the town has consistently supported efforts to maintain the inlet, increase its depth, and place the residual sand on the beaches to maintain areas of public access."