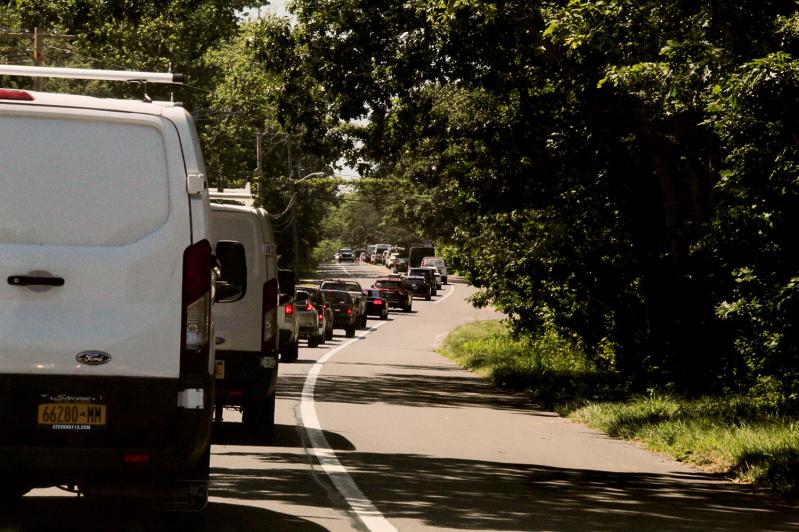 Of the nearly 400,000 workers in the district who are 16 or older, 288,758 drive to work alone, while only 28,447 carpool, according to a 2019 survey of housing units within the First Congressional District.
Durell Godfrey
By Jamie Bufalino

Between 2010 and 2020, the population of East Hampton Town grew 32.3 percent, and of Southampton Town 21.6 percent, according to data released by the United States Census Bureau last Thursday.

"Frankly, I think [the population] is much greater," said East Hampton Supervisor Peter Van Scoyoc at a town board meeting on Tuesday. Given that the census coincided with a pandemic, he wondered whether that affected the results.

The vast majority of town residents -- 70.6 percent -- are non-Hispanic white, according to the data. Hispanic and Latino people make up 23.7 percent of the population, 2.7 percent are Black, 2.2 percent Asian, just under 1 percent are two races or more, and one-tenth of a percent described themselves as Native American. In Southampton Town, 68.5 percent of residents are non-Hispanic white, 22.5 percent are Hispanic or Latino, 5.7 percent are Black, 2 percent Asian, 2.6 percent two races or more, and two-tenths of a percent Native American.

The leading employers in the congressional district include the health care and social assistance sector with 56,872 paid employees, retail stores with 39,710, the hotel and food service industries with 28,269, and construction, with 21,459. Of the nearly 400,000 workers in the district who are 16 or older, 288,758 drive to work alone, while only 28,447 carpool. According to the study, the average commute time is 28.2 minutes for East Hampton residents and 28.7 for residents of Southampton.

Mashashimuet Park's History and Future
A Conference for Young People to Create Solutions
Get Outside, Get Moving
END_OF_DOCUMENT_TOKEN_TO_BE_REPLACED