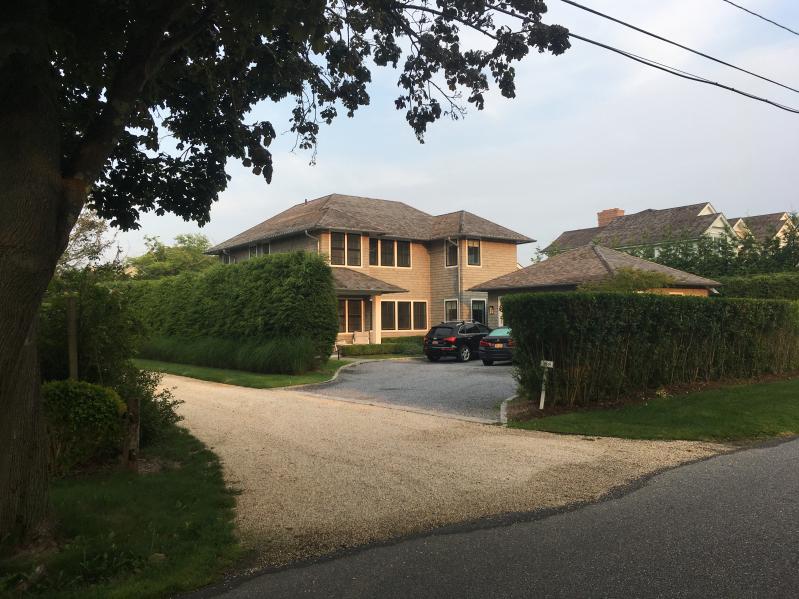 Houses with a certain hulking sameness are now common on the Amagasett lanes.
David E. Rattray
By Irene Silverman

A member of the Amagansett Citizens Advisory Committee who has spent untold hours over the past several months reviewing the pace and character of development in the hamlet summarized her findings for members at their meeting Monday night.

While the year's Covid-related sales "fury," particularly in Beach Hampton and on the Lanes, may be subsiding, Jaine Mehring suggested in a PowerPoint summary, "spec building is active and of concern," and "housing size continues to expand dramatically." Twenty-five hundred square feet is "the new 1,500," she said, with 8,000 square feet "becoming common."

Real estate agents, Ms. Mehring charged, using what she called "marketing to the maximum" tactics, were at least in part responsible for the proliferating megamansions that change the look and feel of established neighborhoods. Brokerage ads, she said, "often include extensive computer-generated imaging of very oversized houses and landscapes," suggesting to prospective buyers that plans and permits are already in hand when they are not.

She asked if this "build to the max" marketing process should be reined in. Could it be?

Not coincidentally, the evening's guest speaker was John Whelan, chairman of the East Hampton Town Zoning Board of Appeals, who reminded the group that his board, along with town planners and the planning board, had something to say about the subject under discussion.

"I think the future is preserving the land," Mr. Whelan said. "The town board and the Z.B.A. and planning board doing their job. I recommend you stay on top of these specific applications," he said, addressing the group at large.

Ms. Mehring then wondered whether the town board might impose a moratorium on houses "of a certain size" while thinking about "the escalation of density and intensity." Supervisor Peter Van Scoyoc, the board's liaison to the committee, replied that "You have to have a reason for a moratorium -- to do a study."

"Maybe a trigger would be a statement of climate emergency," Ms. Mehring suggested.

Mr. Van Scoyoc said that was not a basis for a moratorium. "What's the basis? Unless you're trying to implement a special district?"

Monday night was the first time the committee had met in person since March 2020, and it did not go quite as planned. A Zoom alternative had been promised for those who couldn't attend, but the American Legion Hall turned out to be unreceptive, literally, to that idea. Only eight people turned up at the hall; the rest of the committee was left to await the evening's minutes.