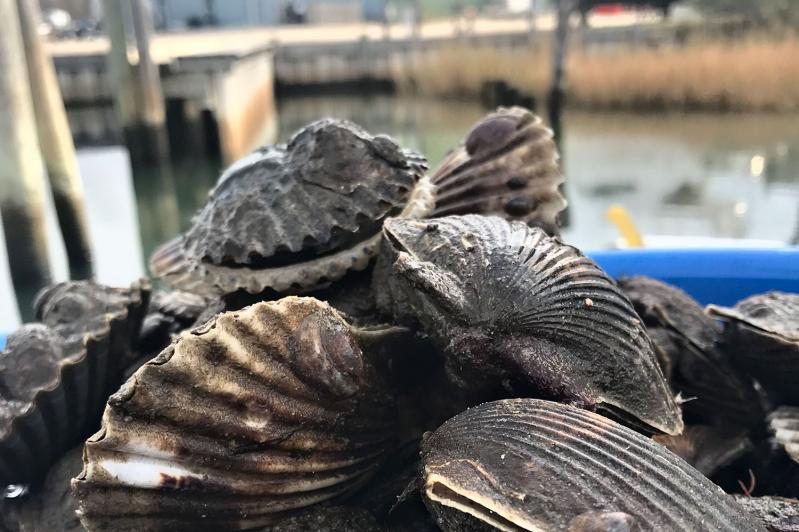 The East Hampton Town Trustees, who have jurisdiction over many town beaches, waterways, and bottomlands on behalf of the public, considered a number of aquaculture proposals when they met virtually on Monday.

The trustees looked favorably on a request from Stephen Tettelbach, a shellfish ecologist with the Cornell Cooperative Extension, to monitor scallop reproduction, growth, and survival in Napeague Harbor. The request follows two consecutive years of a massive bay scallop die-off in the Peconic region.

Scientists have pointed to physiological stress during spawning, exacerbated by exceptionally warm summer water temperatures, low dissolved oxygen, and ocean acidification. A coccidian parasite in a sample of bay scallops may have also contributed to the die-off.

"This is part of a larger project that they're undertaking throughout the estuary as a result of the die-off last year," John Aldred told his colleagues, "to monitor what's going on through the season this year, so they're not necessarily surprised at the end of the year like they were last year." Napeague Harbor is an important site for the survey work, he said, "because it's the easternmost site that they have for testing."

Mr. Tettelbach would deploy a device to record data including water temperature, dissolved oxygen, chlorophyll A, and pH, a measurement of the water's acidity or alkalinity. This would supplement the recording device installed annually by Christopher Gobler of Stony Brook University's School of Marine and Atmospheric Sciences.

"That will give us two constant recorders in that harbor," Mr. Aldred said, "one in the south end off Napeague Lane, and Steve's, up closer to Lazy Point."

Jim Grimes asked that approval of the monitoring program be conditioned on Mr. Tettelbach sharing his findings with the trustees and perhaps delivering a presentation.

The trustees also voted to write a letter in support of Mr. Gobler's pre-proposal to New York Sea Grant, a cooperative program of the State University and Cornell University, for optimization of Gracilaria culture in Long Island waters. Gracilaria, a type of red algae, is used as a food in some countries.

"It's mainly aimed at a secondary crop for shellfish farmers in the bay," Mr. Aldred told his colleagues of the proposal. It could also be grown in harbor waters as a secondary crop for oyster gardeners in East Hampton and elsewhere. An ancillary benefit, he said, would be the removal of nitrogen from waters, an excess of which is blamed for harmful algal blooms that can kill marine life and sicken humans and other mammals.

Should Mr. Gobler's pre-proposal be accepted, "they will write a full proposal, and we'll get more detail about what they're intending to do in East Hampton," Mr. Aldred said.

"They're requesting to site a growing area in East Hampton," he said, and possibly use part of the town's shellfish hatchery nursery area in Three Mile Harbor "to set up some tanks and look at land-based early culture of Gracilaria there, too." Those details would also come in the full-proposal stage.

The use of the nursery would be subject to approval from the hatchery's director, John Dunne, Mr. Aldred said, and not necessarily the trustees. "If they are successful in the pre-proposal, we'll have to talk about where we would be interested in allowing them to site their field-growing part of the operation."