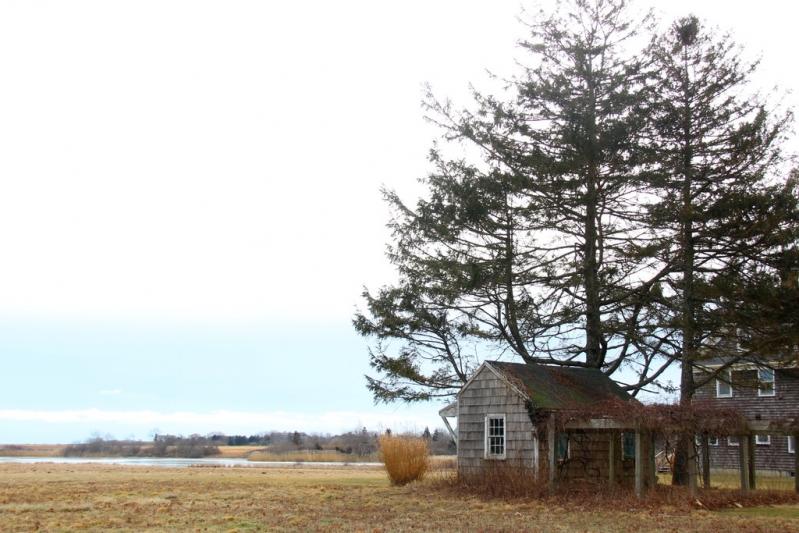 Supervisor Peter Van Scoyoc has deemed the incorporation petition put forth by the Citizens for the Preservation of Wainscott legally insufficient.
Durell Godfrey
By Christopher Walsh

East Hampton Town Supervisor Peter Van Scoyoc has found the petition for a vote to form an incorporated village of Wainscott legally insufficient, eight days after a public hearing on the matter was closed.

The petition was brought by Citizens for the Preservation of Wainscott, a group of property owners in the hamlet who formed to oppose the proposed South Fork Wind farm’s export cable making landfall at the ocean beach at the end of Beach Lane. The group’s well-funded effort to incorporate a 4.4-square-mile expanse of Wainscott has divided residents of the hamlet, motivating some to form groups advocating against incorporation and for the wind farm, which is under state and federal review but to which the town board and town trustees have given approval.

“After a thorough consideration of the petition,” Mr. Van Scoyoc wrote in a statement on the town website, “the objections and comments addressing the objections, oral presentations, public records, and the relevant law, I am constrained to find that the petition is legally insufficient.”

In a statement to The Star, Michael McKeon, a spokesman for Citizens for the Preservation of Wainscott, implied that the group would sue the town board and/or Mr. Van Scoyoc, as it did last month after the town board approved an easement allowing the developers to land the export cable in Wainscott.

"In yet another agenda-driven decision that ignores governing law, the town supervisor has manufactured reasons to reject a petition by Wainscott voters to escape his rule,” he said. The supervisor, Mr. McKeon said, "condescendingly professes his solemn responsibilities” but "is actually torturing technical requirements to achieve his agenda at any cost.”

"Citizens for the Preservation of Wainscott and others supporting incorporation will now assess their options in light of the town supervisor’s regrettable decision,” he said.

Mr. Van Scoyoc cited the “material false statement,” that as of Nov. 20 the petition had been signed by at least 20 percent of the residents in the proposed territory, a requirement under village law. Only 15 people had signed it as of that date, he said. Doreen Niggles, a vocal opponent of incorporation, had raised that point in the continuation of the public hearing on Feb. 25.

Mr. Van Scoyoc referred to “significant discrepancies on the list of inhabitants in this petition, rendering it incomplete and inaccurate.” He also cited ineligible signers and duplicate signatures as “sufficiently irregular to warrant the invalidation” of all of a petitioner’s otherwise valid signatures. Because of that, “it is difficult to assess the actual number of regular inhabitants, and, therefore, the number of signers that constitutes 20 percent of such inhabitants is also impossible to ascertain.”

Village law requires details about the proposed village’s territory in order to identify its boundaries. An aerial view submitted is a Google Earth photo and not a map showing existing streets, navigable waters, and boundaries, as required by village law, the supervisor wrote.

Mr. Van Scoyoc also cited an objection raised by Sam Kramer, another strident critic of incorporation who is chairman of the town planning board but has spoken on his own behalf in meetings of the Wainscott Citizens Advisory Committee and in the public hearing on Feb. 4 and 25. That objection referred to New York State navigation law stating that waterways detailed in the petition’s proposed boundaries are technically not navigable and therefore the proposed map is invalid.

Wainscott United, the group formed to oppose the incorporation effort, issued a statement on Friday night. The group “is pleased and gratified” that Mr. Van Scoyoc had found the incorporation petition legally insufficient, it said.

“Even before the determination had been issued, C.P.W. threatened to take the supervisor to court if he didn’t find in C.P.W.’s favor. It is Wainscott United’s fervent hope that C.P.W. will reconsider this course of action. C.P.W.’s petition, which was doomed from the start, has caused division and disruption in our ordinarily harmonious community.”

“It is now time for Wainscott to join with the Town of East Hampton to address the challenges presented by the pressure of development. Another legal proceeding will serve only to sow further discord and make the necessary collaboration with the town more difficult. We hope that C.P.W. will see the wisdom of bringing an end to this divisive episode.”