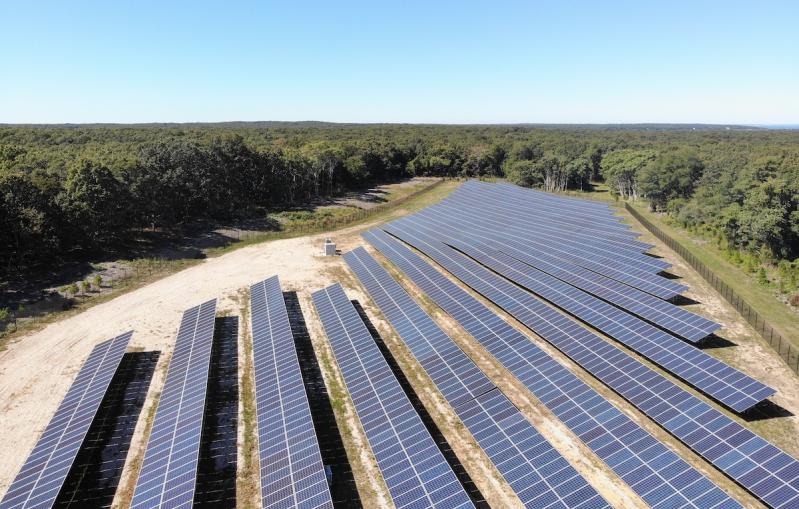 Following the lead of 1,903 jurisdictions in 34 countries — places such as New York City, Boston, Bar Harbor, Me., and 10 townships on Cape Cod — the East Hampton Town Board unanimously approved a climate emergency declaration last Thursday.

The declaration commits the board to make climate mitigation and the elimination of greenhouse gas emissions "a guiding principle and objective of all municipal operations, all policy and purchasing decisions, all planning and zoning decisions, [and] all aspects of town business for the foreseeable future." It directs the Energy Sustainability Committee and the Natural Resources Department to annually update the town's 2015 climate action plan toward the goal of meeting 100 percent of economy-wide energy consumption with renewable energy sources by 2030.

All town departments, staff, and residents are to be engaged and educated as to how to implement the climate action plan and other climate mitigation efforts. The town will engage consultants to develop a road map to a future powered by renewable energy, and call on the Suffolk County Legislature, New York State, the United States Congress, President Biden, "and all governments and people worldwide to declare a climate emergency and initiate a climate mobilization to reverse global warming and the ecological crisis, and provide maximum protection for all people and species of the world."

The legislation cites the threats to the town posed by climate change, including beach erosion and contaminated drinking water due to sea level rise; fishing, due to acidification and warming of waters; damage to infrastructure, property, coastline, and farms, and the spread of invasive species and diseases. It includes an acknowledgement that climate change is primarily due to the burning of fossil fuels, and asserts that the government's response will save money while building a resilient infrastructure and energy independence.

Francesca Rheannon, a member of the energy committee who helped to draft the declaration, told the board that climate is the lens "through which all decisions are made," as the new  administration in the White House is doing. That, she said, is "the kind of work that needs to happen to make sure we're not moving two steps forward, one step back -- or even two steps back, because some other department is bringing in diesel equipment."

Biddle Duke, another committee member who drafted the declaration, told board members that "you can't do enough, not when you're dealing with the huge peril of climate change." He urged them to "keep moving forward, transforming everything we do to confront this massive danger."

Paul Munoz, acting chairman of the committee, said on Tuesday that the board's vote was "a great accomplishment for the town. In order to solve any problem, you need to first state that there is a problem, and the emergency declaration clearly says that. I see this as an inflection point: now the work really begins. It's great, because it also sends a message to the residents that there's personal action that can be taken by each and every one of us. I'm excited for the work to come."

The proposed legislation would also create a licensing requirement for commercial landscapers engaged in property maintenance.

The code amendments would provide for exclusions: During times of emergency as determined by the supervisor or other emergency response official, or under special circumstances as granted by the supervisor or a designee, such as remediation of an abandoned or neglected property, the cleanup of streets and roadways following a severe storm, or any emergency situation presenting an immediate danger to public health and safety.

Town residents have long complained about noise from leaf blowers. The board has also heard evidence that leaf blowers expose people to carcinogens such as hydrocarbons and nitrogen oxides, whipped up in windstorms of pesticides, fertilizers, mold, lead, arsenic, mercury, fecal matter, and more. Some residents have also cited leaf blowers' inordinate greenhouse gas emissions and inevitable fuel spills, which can enter groundwater, in calling for greater restrictions on their use.

"Although the main focus has been the noise, the noise to me and many others only reminds us of all the harmful effects on people," Mr. Munoz, whose landscaping company uses electric equipment, told the board. He spoke for many, including some board members, when he called the proposed code changes "a great start," but emphasized the importance of a "transition to full electric landscaping services mandate."

The board will vote on the proposed code changes at a future meeting.