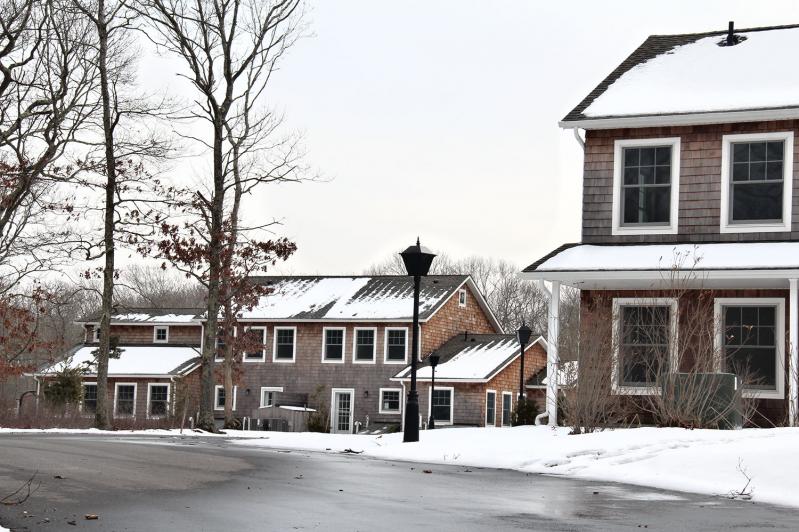 More than a year after elevated levels of volatile organic compounds were first detected at the Manor House, a 12-unit, town-sponsored condominium complex, the development has finally been deemed safe for habitation, according to a report last Thursday from FPM Group, an engineering and environmental science firm.

Tom Ruhle, the director of the town's Office of Housing and Community Development, said on Tuesday that he had informed the first occupants of the development, who had been expecting to start living there in December 2019, that they could move in as soon as today.

Compromised indoor air quality, which the town has said was caused by off-gassing of the basements' foam insulation or fireproof paint, was first discovered at the Accabonac Road complex in late 2019, and several subsequent tests conducted by an environmental services firm on the town's behalf found levels of volatile organic compounds (V.O.C.s) that exceeded the federal Environmental Protection Agency's standards.

Last summer, the town hired the FPM Group, which traced the air quality issues to the units' closed heating and air-conditioning systems, which circulate indoor air only, and recommended making several improvements, according to the report. They included the installation of an energy recovery ventilator unit to allow outdoor air ventilation, a basement exhaust fan, a dehumidifier, a high-efficiency air filter for the furnace air handler, and a sump pump for the removal of condensate from the air handler, water heater, and dehumidifier. The company also recommended reconfiguring the duct work in the basement, and relocating the HVAC system's intake and exhaust pipes.

FPM Group initially made the modifications in unit C2, and an air quality test conducted on Oct. 6 found that V.O.C. concentrations had decreased to levels "below laboratory detection limits," and well within E.P.A. guidelines, according to the report.

The same modifications were later made to the other 11 units, and the results of a Jan. 20 air quality test were equally positive, the report said.

The attorney general's office must approve the offering plan for condominium units before sales are finalized, according to state law. Although that has not yet happened, the town is allowing the buyers to move in anyway.

"Now that we know that everything's fine, we're letting them move in early because everyone's been on pins and needles," said Mr. Ruhle.

Petition to Speed Up Sand Replenishment in Montauk
Artistic Portraits of M.L.K. Up for Auction on Saturday
Wine Tasting for Lions Club
END_OF_DOCUMENT_TOKEN_TO_BE_REPLACED