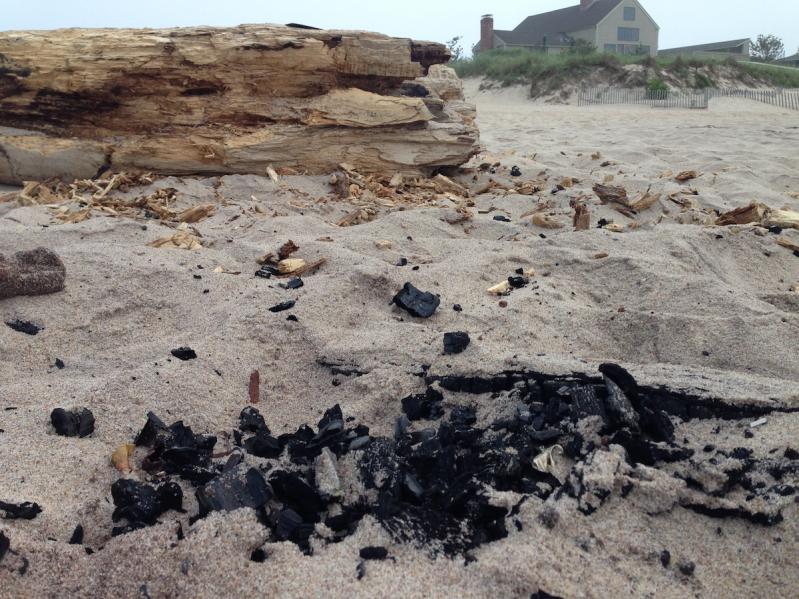 East Hampton Town does not currently have a way for people to pay fines for minor offenses, like beach fires without a container, by mail or online.
Durell Godfrey
By Christopher Walsh

People who commit minor violations of the town code, as well as the code enforcement and marine patrol officers who catch them doing it, would no longer have to appear in court under a new plan being considered by the East Hampton Town Board.

Following a presentation by two assistant town attorneys and the chief harbormaster on Tuesday, the board agreed to pursue creation of an administrative adjudication bureau to expedite the processing of such violations, which are now handled through Town Justice Court.

With the exception of parking violations, there is now no way to pay fines for minor offenses -- open-container violations, driving on the beach without a permit, littering, beach fires, and the like -- by mail or online, Thomas Crouch, an assistant attorney, told the board. That often means that the officers who write those citations must appear in court with the offender. If a separate hearing process before the new bureau were established for those wishing to contest a ticket, it would allow officers to remain in the field, working, for their entire shift, Mr. Crouch said.

Among other things, the bureau, which would be based on one recently established in the Town of Huntington, would allow for the payment of fines by mail or online, rather than directly to a court clerk.

Ed Michels, the chief harbormaster, called an administrative adjudication bureau "a win-win for everybody," one that "keeps people out of the courtroom in this Covid time; it keeps the calendar from getting clogged up, and it gives us more time from our officers in the field." Instead of eight officers on patrol and four doing paperwork, he said, "they'll have the whole time out there, which of course will give us more enforcement."

David McMaster, an assistant attorney, told the board that the bureau would also allow greater attention to more complex cases on the Justice Court calendar, such as rental registry violations, which, he said, "suffer at the expense of the cases now that we're looking to move into the administrative bureau . . . I don't really see a downside to adopting the program."

Creating such a bureau is not as simple as it may sound. The town board will first have to write to Assemblyman Fred W. Thiele requesting that he draft an amendment to New York State's general municipal law, said Mr. Crouch. The town would then have to request the State Legislature to pass enabling legislation. Assuming the Legislature passed the bill and the governor signed it into law, the town code would then have to be amended to establish the bureau, lay out its operating procedures, and enumerate the violations to be adjudicated before it.

Supervisor Peter Van Scoyoc, agreeing that "a more streamlined and efficient process" for paying fines would offer multiple benefits, said he would contact Mr. Thiele to request his assistance. "There are some offenses we wouldn't want to include in an administrative bureau, and some that we certainly would," he said. The board will seek Mr. Michels's input in identifying appropriate code sections.

"And then," said the supervisor, "we'll await the governor's signature, hopefully. In a perfect world, this would be done before the summer season starts. But we know how perfect the world is right now."