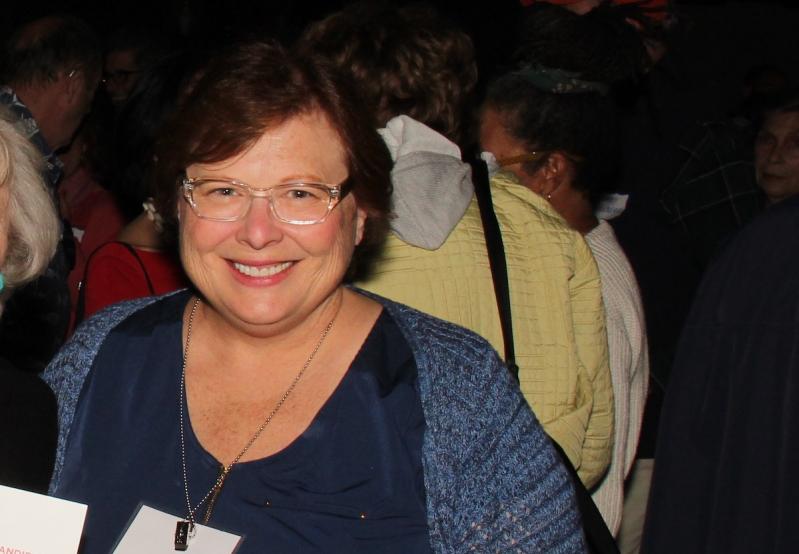 Cate Rogers, chairwoman of the East Hampton Town Democratic Committee (seen here in 2019), was nominated on Wednesday to run for a seat on the town board.
Durell Godfrey
By Christopher Walsh

The East Hampton Democratic Committee snubbed Councilman Jeff Bragman, one of its incumbent elected officials, at its nominating convention on Wednesday night, instead endorsing Cate Rogers, the committee’s chairwoman, for his seat on the town board.

Councilwoman Kathee Burke-Gonzalez, who is also up for re-election in November, also won the committee’s endorsement. John Whelan, chairman of the zoning board of appeals, finished a distant third in the committee’s vote.

No one on the committee, which includes several elected officials, nominated Mr. Bragman, an attorney and former prosecutor who was elected to the board in 2017 but has frequently clashed with his colleagues, particularly Supervisor Peter Van Scoyoc. The board’s meetings are often punctuated by angry exchanges between the two, and to a lesser degree between Mr. Bragman and his other colleagues.

“I do not have the support of the Democratic Committee,” he told The Star during the nominating convention. “This is sometimes the price we have to pay for speaking out.”

“Elected official are put in place by the public to inform and protect by abiding to principles,” he added. “All the rest is noise.”

Mr. Van Scoyoc, who recently announced his intention to seek re-election, was formally endorsed. He was elected supervisor in 2017, after serving on the town board since 2012.

“Tonight you’ve again bestowed upon me a very unique and honored distinction,” Mr. Van Scoyoc told the committee, thanking members “for your continued faith and confidence in me.” The committee, he said, “has done such an excellent job in vetting and selecting excellent candidates. I’m really pleased to be able to support and campaign for Kathee and Cate.”

Ms. Burke-Gonzalez said that her tenure on the board has been the “honor and privilege of a lifetime.” The true value of public service, she said, “is the ability to bring people together” to participate, collaborate, and assist in problem solving. “Tonight, you put together a very strong team.”

Ms. Rogers also thanked her colleagues on the committee “for your support and this faith you have placed in me. This faith is not an entitlement to me, it is a tremendous responsibility and I pledge to give my candidacy and the job 100 percent of myself to always work for the betterment of our community and for the goals of our Democratic Party. I’m thrilled to be on a slate with such awesome and experienced members, and I look forward to the weeks and months ahead campaigning, working with everyone, and winning in November.”

Manny Vilar, chairman of the East Hampton Town Republican Committee, told The Star on Monday that the committee is still interviewing potential candidates. The committee has yet to schedule its nominating convention, “but obviously it will be soon,” he said.