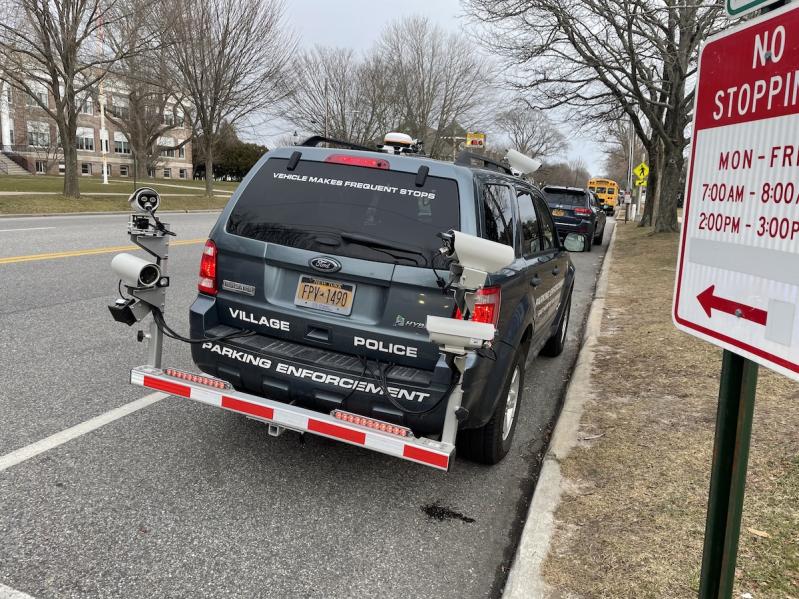 The East Hampton Village Board discussed what looks to be its final plan to charge for parking in the commercial district at a meeting last Thursday, along with allowing the ongoing use of public property for outdoor dining and the use of Herrick Park for movie showings and theater performances.

Under the new parking plan, said Mayor Jerry Larsen, East Hampton Town residents with town beach permits will be allowed two hours of free parking and the option to pay $2 for a third. The village plans to use the revenue from paid parking to pay for the construction of a sewer system, which would allow more restaurants to open in the village and help protect water quality. "To bring vitality back to the village, we need the sewer system, and this will help pay for it," Mr. Larsen said.

The board has been debating paid parking since December. The most recent proposal called for charging only for the use of the Reutershan and Schenck lots, allowing village residents with beach permits to park for free, and charging town residents and other visitors $2 per hour for up to three hours between May 15 and Sept 15. At a Jan. 15 board meeting, Rose Brown, a trustee, opposed the charge for town residents and worried that they might decide not to patronize village businesses. She recommended revisiting an earlier plan to offer two free hours of parking in the lots and charging for additional hours.

Ms. Brown and Chris Minardi, the deputy mayor, said they were pleased that town residents would now be allowed the two free hours, but their colleague Arthur Graham said the proposal might still deter visitors from shopping. The sewer system should be financed by creating a tax district, he said. "A users' fee is how you should pay for it, not [charging] people from out of town."

Sandra Melendez, a trustee, disagreed. "We can't tax everybody," she said, and "no one's going to stop coming to the Hamptons because they have to pay a $2 fee."

Mr. Graham also noted that the Nelson, Pope, and Voorhis engineering firm, which is developing construction plans for the sewer system, will soon issue a report, including recommendations for financing. Before moving forward, he said, the board should wait to hear the report.

Mr. Larsen replied that recent store closures and a downturn in business activity due to the pandemic has made the sewer project an urgent need. "We need to get moving on this as soon as possible," he said. The board will set a date for a public hearing on the parking proposal at its meeting on Friday, Feb. 19.

After months of being shut down because of the pandemic, restaurants were granted permission last June to open for outdoor dining. Richard Lawler, then the village mayor, issued an executive order allowing restaurants and food stores to use public property for temporary outdoor dining, after asking permission. The executive order has been extended ever since. Mr. Larsen said he will soon seek to codify it. The  entire board was supportive.

Marcos Baladron, the village administrator, said the village has asked the Hamptons International Film Festival to organize weekly family-friendly movie nights in Herrick Park this summer. The events would be held midweek, he said, and the village would ensure that noise from speakers would be kept to a minimum so as not to annoy nearby residents. Guild Hall has agreed to organize theater events in the park as well, Mr. Baladron said. "We're talking . . . about having Shakespeare in the Park or something that maybe high school and middle school kids could get involved in," he said.

According to village code, restaurants are prohibited from providing "any form of live entertainment," but, in another effort to revitalize the village, Mr. Larsen asked Beth Baldwin, the village attorney, to draft a new law that would permit live music once a week as long as the sound is inaudible to neighbors, and restaurants don't turn into music and dance venues. "I don't think anyone wants nightclubs, they want successful restaurants with music on a Monday or Tuesday night, [to] bring a crowd out and then close at 11 p.m.," the mayor said. The new law should be in effect by summer, according to Mr. Larsen.

Ms. Baldwin was also tasked with drafting a law that would prohibit people from removing domestic ducks from the Nature Trail. Members of an animal rescue group made several attempts last year to capture and remove domestic ducks that were released on the trail and have little chance of surviving there. The law would prohibit anyone except an organization appointed by the village to remove the ducks, said Ms. Baldwin. The board recommended that Dell Cullum, a local wildlife rescuer, or members of his team be the village's designees.

The board presented Tom Bock, a longtime member of the East Hampton Fire Department and a driver for the East Hampton Village Ambulance Association, with a proclamation in honor of his service. "His passion to help others and the pace at which he does it is really remarkable," said Fire Chief Gerard Turza Jr.

In an effort to improve business for local catering companies, Mr. Minardi announced that he is spearheading a plan to simplify the "onerous" application process for beach party permits. Details are still being developed, but Mr. Larsen said a more streamlined process will be in place by summer.

Susan and Amanda Seekamp, the owners of the Beach Hut concession at Atlantic Avenue Beach in Amagansett, will be taking over the Main Beach concession known as the Chowder Bowl, and the board agreed to let them market their new business as the Beach Hut on Main.

Two public hearings were scheduled for Friday, Feb. 19, one for a proposed law that would allow the trustees to change the fees for applicants seeking a review of stormwater pollution prevention plans, and the other to amend the parking regulations at 88 Newtown Lane to accommodate employees of the recently relocated Building Department. Also, the board approved the appointment of Tom Preiato, the village's new head of the Building Department, to the Planning and Zoning Committee.

A public hearing on a proposal to permit one food truck to operate at Two Mile Hollow Beach for the 2021 season will be held on March 4.

To fix equipment damaged during the replacement of the train trestle on Accabonac Road last year, the board approved an application from PSEG Long Island to install a temporary pole for transmission lines on the street. David Collins, Superintendent of Public Works, said it would be a "short-term project." Ultimately, the pole will be removed and the transmission lines buried.

Spring Has Sprung at the L.V.I.S. Shops
An Online Auction for ARF
A Rescheduled Telephone Town Hall With Lee Zeldin
END_OF_DOCUMENT_TOKEN_TO_BE_REPLACED