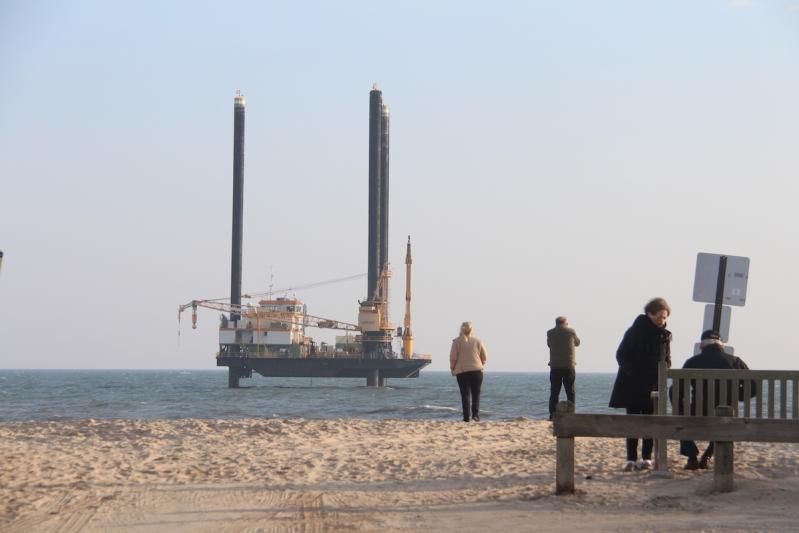 The East Hampton Town Trustees will devote their meeting on Monday to hearing public comment on draft agreements with developers of the proposed South Fork Wind farm, to be constructed approximately 35 miles off Montauk Point. The meeting, which will be held virtually and broadcast live on LTV, will start at 6 p.m.

The trustees are considering three draft agreements: a lease granting access for the installation of the wind farm's export cable at least 30 feet under the ocean beach at the end of Beach Lane in Wainscott and at a depth greater than nine feet in the nearshore surf zone, a host community agreement under which the developers -- Orsted U.S. Offshore Wind and Eversource Energy -- will pay the town approximately $28.9 million over the 25-year life of the installation, and an agreement that will govern the trustees' sand dredging operations at Georgica Pond during the project's construction.

The agreements will be subject to a formal resolution of the trustees for adoption at a later date. They will take effect only if the developers obtain all federal, state, and local approvals. The project is at present under regulatory and environmental review by the New York State Public Service Commission, in which the trustees participated in almost 10 months of negotiations, and the federal Bureau of Ocean Energy Management.

The export cable would make landfall in Wainscott and travel on an approximately four-mile subterranean path along town-owned roads to the Long Island Power Authority substation in East Hampton. The developers' plan to land the cable there has angered some residents of the hamlet, who launched a drive to incorporate 4.4 square miles of Wainscott as a village.

Under the third agreement, the trustees would retain the right to conduct dredging work and transport equipment and dredged material at Georgica Pond during the lease. Should this work interfere with project construction, the trustees may postpone work not more than once in consecutive years, and would be reimbursed by the developers for the value of lost revenue from the sale of the dredged material. The trustees' regular biannual opening of the pond would not be affected by the agreements.

In addition to two $500,000 "milestone" payments to the town and 25 annual payments starting at $870,000 and increasing by 2 percent per year, the host community agreement calls for the developers to employ a liaison to facilitate communications between them and the town's commercial fishermen throughout the project's life span. The host community agreement also calls for the developers to require its turbine maintenance contractor to establish a support facility and transfer vessel base in Montauk, provided a suitable location and required permits for such a facility can be obtained.

The developers have committed to partnering with experts to perform a fisheries study that will examine any environmental impacts of the wind farm, as well as any impacts on commercial and recreational fishing. The trustees have entered into a memorandum of understanding with BOEM to serve as a cooperative agency in order to provide local insight and specialized expertise during the project's federal environmental review.