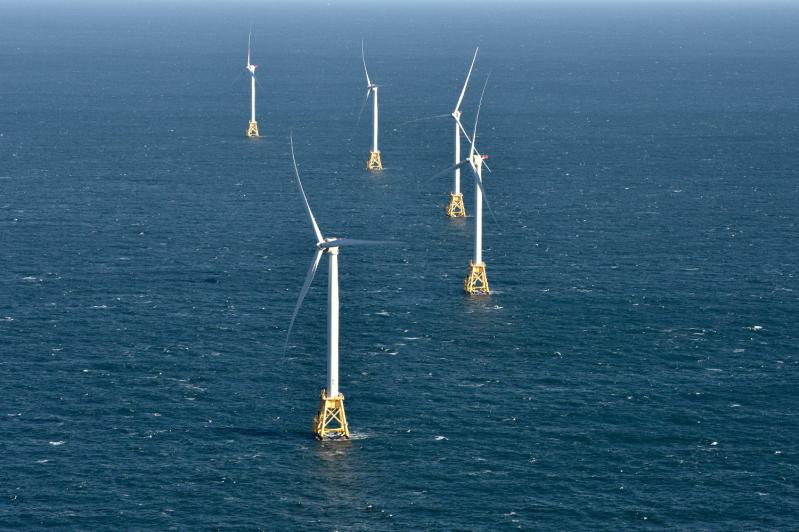 With the Town of East Hampton and the town trustees' votes to execute agreements with the developers of the proposed South Fork Wind farm, and the state Public Service Commission's review of the project nearing conclusion, the federal Bureau of Ocean Energy Management has issued a draft environmental impact statement, a requirement of the National Environmental Policy Act.

The feds must also approve the project, the state's first offshore wind farm, in order for it to proceed. The D.E.I.S., according to the document, is an assessment of the "reasonably foreseeable impacts to physical, biological, socioeconomic, and cultural resources that could result" from the wind farm's construction, operations, maintenance, and ultimate decommissioning.

The installation, according to the D.E.I.S., is designed to contribute to the state's energy requirements as set forth in the Climate Leadership and Community Protection Act, which includes a target of 9,000 megawatts of offshore wind energy by 2035.

The federal bureau is considering the developers' construction and operations plan for the installation, including up to 15 wind turbines, submarine cables between them, and a substation, all offshore; and the wind farm's export cable and a facility connecting it to the existing electrical grid. It can approve the construction and operations plan, approve it with modifications, or disapprove it.

The bureau will hold virtual public meetings on Feb. 9, 11, and 16. Information on attending those meetings via video conference is at boem.gov/renewable-energy/south-fork-wind-farm-virtual-meetings.

A public comment period is open, with comments to be received or postmarked by Feb. 22. Comment can be made online at regulations.gov by entering docket number BOEM-2020-0066 in the "SEARCH for: Rules, Comments, Adjudications or Supporting Documents" box; by writing to Program Manager, Bureau of Ocean Energy Management, Office of Renewable Energy Programs, 45600 Woodland Road (VAM-OREP), Sterling, Va. 20166, or during the virtual public meetings.

Following the public comment period, the Bureau of Ocean Energy Management will analyze comments, conduct further analysis as necessary, and prepare the final environmental impact statement. The bureau must respond to substantive comments received from other government agencies and the public in that document, in the form of changes in the final E.I.S., factual corrections, modifications to the analyses or the alternatives, new alternatives considered, or an explanation of why a comment does not require the bureau's response.

"We're pleased that South Fork Wind has reached this important milestone in the ongoing federal permitting process," said Meaghan Wims, a spokeswoman for the developers, Orsted U.S. Offshore Wind and Eversource Energy. "We're reviewing BOEM's draft findings now, and look forward to the upcoming public comment hearings that will give the community another opportunity to share their input on this critical clean energy project."

Celebrate Hanukkah All Across Town and at Home
Stuffed With Turkey? Walk It Off
Blood Drive Tuesday in Bridgehampton
END_OF_DOCUMENT_TOKEN_TO_BE_REPLACED