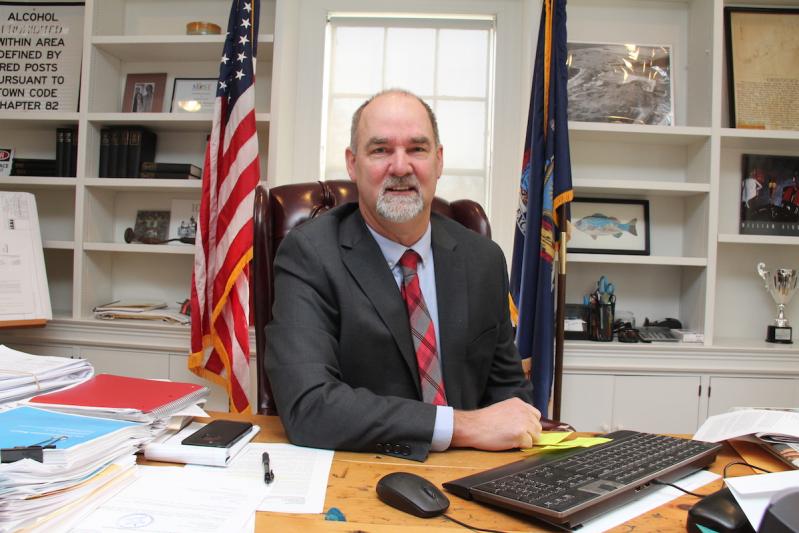 In an email sent Tuesday night, Mr. Van Scoyoc said that he will again seek the Democratic Party's nomination. He was first elected supervisor in 2017, succeeding Larry Cantwell, who retired. He successfully defended his seat two years later in a lopsided win over David Gruber, who headed the Fusion Party, which comprised members of the Republican and Independence Parties along with a faction of Democrats calling themselves the Reform Democrats.

Yesterday morning Ms. Burke-Gonzalez told The Star she is "fiercely committed to addressing the pressing needs of our children, our seniors, and our hard-working families." She was elected to the town board in 2013 and re-elected in 2017, winning the most votes among town board candidates both in the 2017 Democratic primary and general election.

Councilman Jeff Bragman's term also ends this year. He was elected to the board in 2017. As of yesterday, Mr. Bragman had not announced his intentions with respect to seeking a second term.

The supervisor's term is two years, while a councilperson's term is four.

The supervisor's emailed announcement cited a focus on environmen-tal causes, affordable housing, historic preservation, renewable energy and sustainability, and town infrastructure improvements. Last week, he and three of his four colleagues on the town board voted to authorize him to execute agreements allowing the developers of the proposed South Fork Wind farm to land the installation's export cable at an ocean beach in Wainscott, whence it would travel underground to a Long Island Power Authority substation in East Hampton. The move delighted supporters of the wind farm but angered opponents, including some residents of Wainscott who are seeking to create an incorporated village to thwart the cable landing in the hamlet.

The announcement also touted the town's Aaa credit rating, which has been repeatedly affirmed by Moody's Investors Service Inc.

Ms. Burke-Gonzalez is the board's representative to the Human Services and Information Technology Departments as well as to the town clerk and the Springs Citizens Advisory Committee. She is liaison to the Adolescent Mental Health and Substance Use Task Force, the disabilities advisory board, the Montauk Playhouse Board of Managers, East Hampton Volunteer Ocean Rescue, the Y.M.C.A board of managers, the senior building committee, the board of ethics, and the licensing review board, and co-liaison to committees tasked with relocating the Little League playing fields and the reform and reinvention of the Police Department. She trained with former Vice President Al Gore in 2019 to become a Climate Reality Leader.

The East Hampton Town Democratic Committee has put out the call for candidates for supervisor, two town board seats, town clerk, town justice, highway superintendent, tax assessor, and nine trustee seats and has asked people to contact Betty Mazur, the committee's vice chairwoman, at [email protected] or 631-267-8392, no later than Friday, Feb. 5, to schedule screenings for those appointments.

The East Hampton Town Republican Committee is also seeking candidates for the aforementioned elected offices. Manny Vilar, the committee's chairman, said that outreach is primarily being conducted via social media. Those interested in seeking office on the Republican ticket have been asked to contact him at [email protected].

Election Day is Nov. 2.
--
Note: This article has been updated. After it was first published online, Councilwoman Kathee Burke-Gonzalez also confirmed her intention to run for re-election.