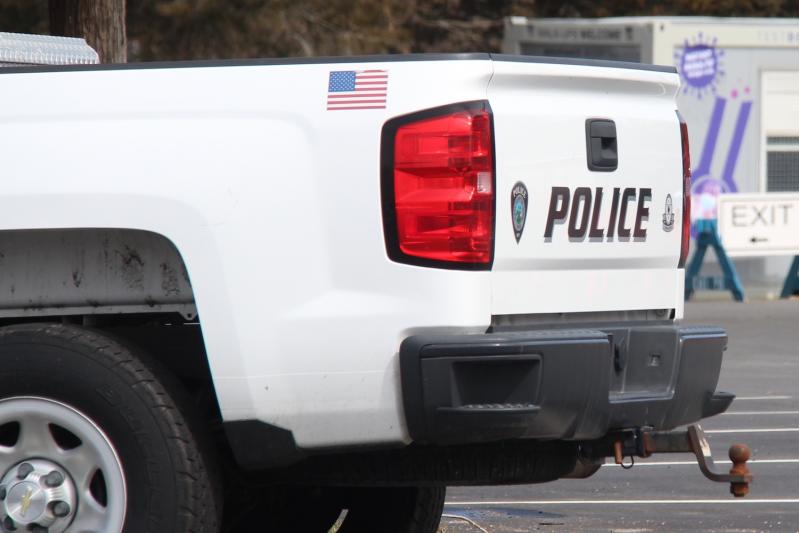 Supervisor Peter Van Scoyoc emphasized the dramatic increase in the town's population over the last decade, and particularly since the start of the pandemic, and commensurate increased demand for services such as sanitation, policing, and code enforcement.
Durell Godfrey
By Christopher Walsh

East Hampton Town is set to spend more money on its police force and code enforcement in its 2022 budget, with town officials saying the pandemic's population boom has dramatically increased the need for such services.

The town's tentative 2022 budget was unveiled this week. The $85.33 million plan would bring a spending increase of around $2.64 million, or 3.2 percent, over this year's adopted budget and a tax levy that stays below the New York State-mandated tax cap by a little more than $5,000.

As it did last year, the Covid-19 pandemic continues to cast a shadow over the proposed budget, though its fiscal impact is less than that on the 2021 budget. Then, the town saw nontax revenue shortfalls based on permit fees such as nonresident beach parking, which was suspended last year to prevent crowding, and in justice court fees, which fell because ordinance enforcement officers largely diverted efforts to Covid-19-related safety measures.

The tentative budget includes funding for additional police officers and an ordinance inspector, as well as for the promotion of ordinance enforcement officers.

At the town board's meeting on Tuesday, Supervisor Peter Van Scoyoc emphasized the dramatic increase in the town's population over the last decade, and particularly since the start of the pandemic, and commensurate increased demand for services such as sanitation, policing, and code enforcement. The town, he said, "benefited for many years from having a large tax base that only required services for two or three months," but a larger year-round population means "we're going to have to look very hard at being able to provide services to maintain our quality of life."

The town must also offer salaries that will attract and retain a work force, much of which will have to commute from points west due to the availability and cost of housing in the town. The town is at "a critical juncture," the supervisor said. "It's becoming more and more difficult to present budgets and keep below the 2-percent tax cap mandated by the state," he said, suggesting that new sources of nontax revenue would have to be developed.

Councilwoman Kathee Burke-Gonzalez suggested the formation of a committee to explore such new sources. One possible source, Mr. Van Scoyoc said, would be the imposition of a hospitality tax. "Many resort communities rely on that to balance the burden of supplying services," he said. The business recovery committee, convened last year during the pandemic, would examine such a tax, Councilwoman Sylvia Overby said, and advise the board.

Mr. Van Scoyoc's message accompanying the tentative budget underscores environmental initiatives. The solar panels installed on the Parks and Recreation Department's building, he wrote, means that the town will save around $20,000 annually in electricity costs. The tentative budget includes funding for consultants tasked with developing the "East Hampton 100 percent Renewable Energy Roadmap," a long-term plan to meet the town's goal of achieving all of its energy needs from renewable sources. The tentative budget also funds long-range planning and other efforts toward climate change adaptation and mitigation. The state recently recertified East Hampton Town as a Climate Smart Community.

Approximately $10,000 for Covid-19-related expenses such as medical supplies and cleaning equipment has been carried over from 2021 to the 2022 tentative budget, and additional money has been provided "to ensure we maintain a safe and healthy work environment for our employees," Mr. Van Scoyoc wrote.

The tentative budget pays for the Hampton Hopper shuttle bus service, and the supervisor noted the recent reinstatement of the South Fork Commuter Connection rail service. The coordinated bus-and-train services allow workers to commute to East Hampton from points west without driving.

Suffolk County reinstated the "public safety" funds for local law enforcement that were initially cut for 2021. The town, Mr. Van Scoyoc wrote, will also explore the use of around $2 million it will receive under the American Rescue Plan Act. A "careful review of appropriation options will be done by the town board," he wrote, "to realize the most meaningful way to spend these monies."

In March, the town made the final payments related to the borrowing of $21.2 million in 2010 following budget mismanagement between 2005 and 2008. The town will no longer have to comply with quarterly budget reporting to the state comptroller's office. "This is a significant milestone for the town," Mr. Van Scoyoc wrote, "and I thank the staff and my colleagues who have been an integral part of the financial recovery for the last decade."

As an example, Mr. Van Scoyoc said in his accompanying message that owners of a house within a village valued at $1.2 million would see a $37.31 increase in their town tax bill, while those with a similarly valued house outside a village could expect an increase of approximately $60.69.

"Fiscal year 2020 ended with overall surpluses in major funds," Mr. Van Scoyoc's message said, "and 2021 is on target to as well." The town's fund balances "continue to allow the town to meet the unexpected needs that may arise during the year."

In a credit opinion issued in August, Moody's Investors Service affirmed the town's Aaa credit rating, the highest rating it assigns. "Although the pandemic had a significant impact across the world," Mr. Van Scoyoc wrote, "Moody's cites the town's 'strong financial position' even while noting that Covid-19 has had a 'material impact' on the town."